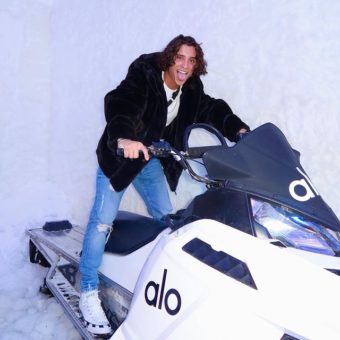 Peter Aivaliotis, also known as Peter_Vigilante and TikTok personality, digital content maker, and reality star known for uploading fitness and weight-lifting videos on his peter_vigilante account. He was a contestant on the Netflix dating game show Too Hot to Handle as well.

In December of 2018, he began posting TikToks. In his debut video, which was shot to Valentino Khan’s “Pump,” he flexed his muscles.

He was a pole vaulter in his youth. He was born and reared in Staten Island, New York.

In 2018, his mother began to appear in his TikToks. He’s been linked with Melinda Berry, better known as Melinda Melrose from the Too Hot to Handle group.