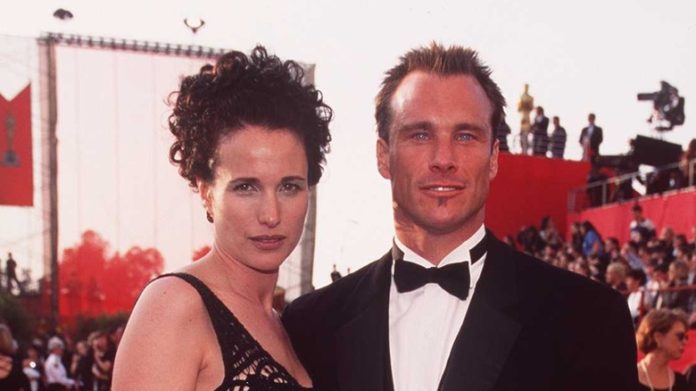 Paul’s father was Lee James Qualley, a decorated American soldier who served in both the Vietnam War and the First Gulf War. Paul is 64 years old as of 2022. Paul has Norwegian heritage, despite being born in the United States and having American citizenship.

Paul was enthralled by the modeling business from an early age. He had the features and build to go into the field, and with encouragement from his friends and family, he decided to give it a try. As a model, he appeared in many commercials and runways.

Paul’s career in modelling was uninteresting to him. He quickly recognized he would be better suited to contracting business, and that is when he left modeling to start his ranching company. Paul Qualley runs a ranch in Montana.

Paul now manages the operation of the ranch. Even though Paul no longer works as a model, he made a good name for himself during his days as one. His connection with Andie assisted him in taking his profession to new heights.

Paul’s fame stems from his marriage to Andie MacDowell, who was a big name in the entertainment industry for her roles in memorable movies like as Four Weddings and a Funeral and Groundhog Day.

Andie MacDowell and Paul Qualley met while Paul was posing as a model for GAP ad services. They married in 1986 and divorced in 1999. It is uncertain whether Paul Qualley remarried after the divorce.

During their marriage, Andie and Paul had three children: Justin Qualley (1986), Rainey Qualley (1990) and Sarah Margaret Qualley (1994). The Hills aired the debut of Margaret and Rainey, who were both attending Paris’s Le Bal des Débutantes, which was immortalized on The Hills and formerly known as the Crillon Ball.

Here are more details about the three children:

Despite her big break on HBO’s The Leftovers, in which she played alongside Justin Theroux, Margaret has been recognized by the Emmys for Fosse/Verdon. She was a flower child in Quentin Tarantino’s Once Upon a Time in Hollywood opposite Brad Pitt.

Before she decided to pursue acting, Margaret was a passionate dancer. She trained at the North Carolina School of the Arts and worked as an apprentice at the American Ballet Theatre.

She eventually transitioned to modeling before moving on to acting. After working with major fashion houses such as Chanel and Ralph Lauren, Margaret landed her first role in Gia Coppola’s Palo Alto in 2013, followed by roles in Netflix’s IO and Death Note.

In 2017, she starred in a Kenzo perfume advertisement directed by Spike Jonze and was able to demonstrate her dance abilities. Her acting accomplishments and renowned mother haven’t shielded her from the limelight since she had a relationship with Ariana Grande’s ex-beau, Pete Davidson. The pair dated for many months in 2019 before he moved on to Kaia Gerber.

Rainey is a musician who performs under the name Rainsford. Rainey told Vanity Fair in 2014 that she’d like to make “bluesy country” music, but she has since moved into pop. In 2012, Rainey won the Miss Golden Globe pageant and appeared in Ocean’s 8 as herself.

In Montana, where the family owns a ranch, his brother Justin is a real estate agent.

It is estimated that his net worth is $100,000. He’s also known for being a model and Andie MacDowell’s husband, which he no longer is since he quit modeling and divorced Andie.