Who Are Paige Hurd parents: Meet her father and mother 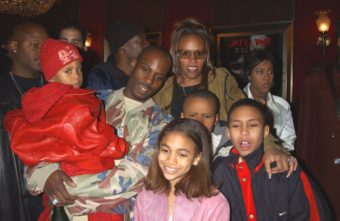 Paige Hurd plays Lauren in Power Book II: Ghost, along with a number of other roles before landing the part in the Starz gangster series. Fans are curious to know more about the actress including whether rapper DMX is her father.

Power Book II: Ghost also saw the introduction of Tariq’s classmate Lauren (Paige Hurd) with many viewers curious to know more about the up-and-coming actress. Hurd is no stranger to screens having starred in TV series Everybody Hates Chris, Hawaii Five-0 and The Oval.

Her film credits include Thriller, Grandma’s House, Cradle 2 the Grave and Virginia.

The actress was born to an African American father and Puerto Rican mother, according to IMDb.

From Instagram, it appears Hurd’s mother is Cheryl Martin, talent manager and CEO of CMA Entertainment which represents actors.

She also posted a shot of Martin along with the caption: “My World. Happy Birthday Mom @cmaent. I love you.”

Hurd has four other siblings and has shared some snaps of her family on social media.

She starred with DMX in the movie Cradle 2 the Grave in 2003 and is close to him as well as her godmother and the rapper’s wife Tashera Simmons.

Hurd previously explained how DMX was her godfather in an Instagram post which she shared with her 892,000 followers in 2019.

Along with a snap of herself with DMX, she wrote: “FUN FACT: most people when they see my tattoo they ask me, ‘What does it say?’

Hurd revealed she liked performing from an early age and would often entertain the rest of the family while they would be waiting to be seated at restaurants.

She told W magazine earlier this year: “My mom was like, ‘Hmm, well, okay.’”

The star went on to say: “By the time I was five years old, I was in J.C. Penney print catalogues and mall runway shows.”

Hurd also revealed her audition for Everybody Hates Chris was “last minute” but proved to be a “pivotal” turning point in her career.

This was the first time she was working with kids her own age rather than adults.

Since then, Hurd has worked consistently and it looks like Power could lead her to further fame.