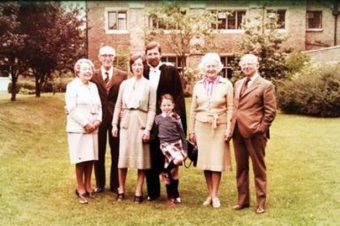 Olivia Colman, is an English actress. Her first major film role was in Down With Love (2001), which was followed by roles in several other big-budget blockbusters, including X-Men: The Last Stand (2006), for which she received an Academy Award nomination. She has also won a British Academy Film and Television Award, a Primetime Emmy Award, three British Academy Television Awards, and three Golden Globe Awards for her work on the silver screen.

For her work on the small screen, Colman has won two BAFTA Awards and a Primetime Emmy Award. She first came to prominence for her role as Sophie Chapman in the Channel 4 comedy series Peep Show (2003–2015). She went on to play Hazel in the E4 comedy series Green Wing (2004–2006), before taking on the lead role of Sarah Bunting in the critically acclaimed Channel 4/BBC One drama Broadchurch (2013–2017).

Colman’s other television credits include guest roles in Twenty Twelve (2011), Rev. (2010–2014), and Black Mirror (2011). She also starred in the Sky Atlantic comedy crime drama The Night Manager (2016) alongside Tom Hiddleston, for which she won a Golden Globe Award.

Colman made her West End theatre debut in the 2003 play Therese Raquin, and has since starred in several stage productions, including The Seagull (2007) and Richard Eyre’s production of Hamlet (2009). She will next be seen on stage in the National Theatre’s upcoming production of All About Eve, set to open in early 2019.

Sarah Caroline Colman was born in Norwich on 30 January 1974, the daughter of nurse Mary and chartered surveyor Keith Colman. She was educated at Norwich High School for Girls and Gresham’s School in Holt, Norfolk, where she received private education. She acted in a school production of The Prime of Miss Jean Brodie when she was 16 years old.

Colman was born in Swindon, Wiltshire. Her mother, a former Ballerina, has been an inspiration for her to pursue acting as a career. Colman spent one year at Homerton College in Cambridge studying primary education before enrolling at the Bristol Old Vic Theatre School where she completed her studies in drama in 1999.

In 1995, while using the moniker “Colly,” she auditioned for the Cambridge University Footlights Dramatic Club and met David Mitchell and Robert Webb, future co-stars of The Word on Channel 4.

After signing on to star in The Lost Daughter, Olivia Colman urged Jessie Buckley to play the younger version of her character, Leda. Only one actor immediately came to mind for Writers-director Maggie Gyllenhaal when asked about great actors in the proper age range for the part.

Despite the fact that the two actors don’t appear to be similar, and come from different countries with varying accents, Colman went with her instinct. “I have a feeling we’re kind of kindred spirits—we both have a naughtiness,” says Colman over Zoom while talkiing about Buckley and Gyllenhaal. “We have a wonderful time when we’re together.”

Colman has been married to actor Ed Sinclair since 2011, with whom she has three children. The couple has two sons, Hall and Finn. Their third child, a daughter, was born in 2015.