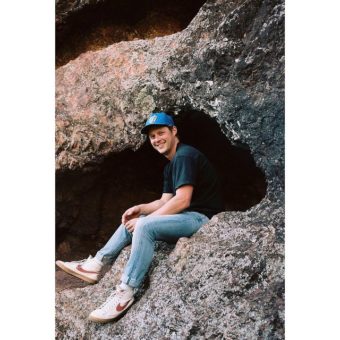 Noah Reid is a Canadian television and stage actor who is widely recognized for his role as the titular character on the 2015 series Kevin from Work. He is also known for his work on the series Schitt’s Creek in 2017. Tune in bio and explore more about Noah Reid’s Wiki, Bio, Age, Height, Weight, Wife, Net Worth, Family, Career and many more Facts about him.

How tall is Noah Reid? He stands tall with a height of 5 feet 10 inches and weighs about 63 kilos. He is a fitness freak as well. He has blonde hair and has light brown eyes.

Who is Noah Reid?

Reid was born and raised in Toronto, Ontario. He became involved in theatre around age six and regularly attended productions with his family throughout his childhood.

He attended Etobicoke School of the Arts and is a 2008 graduate of the National Theatre School of Canada. He is a Canadian-American actor who has appeared in several movies and TV shows. However, you are more likely to recognize him as the actor who plays Patrick on Schitt’s Creek. Reid has been acting since he was a child. He has appeared in several movies and TV shows and is primarily famous for Schitt’s Creek, Franklin, The Archivists, and Kevin from Work. He has also done music and voice acting.

Reid announced his engagement to actress Clare Stone on December 31, 2018. They were married on July 25, 2020. Reid is a dual Canadian-US citizen.

Some Facts about Noah Reid

Starting as a child actor, Reid voiced the title character in Franklin from 1997 to 2004.

He also played Tommy Settegren in 1997’s Pippi Longstocking, and has since co-starred in Strange Days at Blake Holsey High (2002-2006).

Reid provided the voice for Gunther in the animated series Jane and the Dragon and Eddie in Marvin The Tap-Dancing Horse, as well as various characters in Little Bear, Redwall, Mythic Warriors: Guardians of the Legend, Tales from the Cryptkeeper, Timothy Goes to School, The Berenstain Bears, Babar: King of the Elephants, and Bad Dog.

In 2005, Reid played the role of Darrell Fox in the made-for-television movie Terry which dramatized Terry Fox’s historic run for cancer research.

In 2007, he appeared in the Naturally, Sadie episode “As the Whirly Turns”.

In 2009, Reid guest-starred in the Degrassi: The Next Generation episode “Danger Zone”.