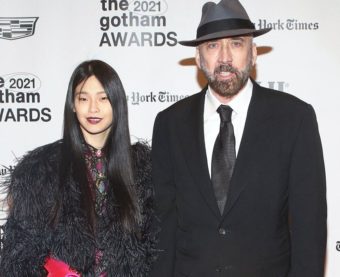 Nicolas Cage is the father of two children from previous relationships: Kal-El, 16, and Weston, 31. Nicolas Cage and Riko Shibata are expecting their first child.

The pair is expecting their first child together, a representative for the couple confirms to PEOPLE. This is Cage’s third kid, as he has two other children from previous relationships: Kal-El, 16, and Weston, 31.”The parents-to-be are elated!” adds the rep.

Who is Riko Shibata and how old is she?

Riko Shibata, who is 27, is the wife of movie star Nicolas Cage. A state of Nevada marriage license obtained by the outlet shows that the couple got married on February 16 at the Vegas resort.

The couple is now expecting their first child together according to People magazine. This will be Cage’s third child as he already has two sons.

“The parents-to-be are elated!” a rep for Cage told People.

They tied the knot at the Wynn Casino and Hotel in Las Vegas, according to the Daily Mail. “The date was chosen to honor the birthday of the groom’s late father,” Cage’s rep told People.

The rep added: “After the wedding, the happy couple was joined for a small celebration attended by Nicolas’ ex-wife, Alice (who he remains very good friends with) and their son Kal,” his rep says.

Cage, 57, tied the knot with his wife during a “very small and intimate wedding at the Wynn Hotel in Las Vegas” on Feb. 16 of last year, honoring his late father’s birthday.

“It’s true, and we are very happy,” he told PEOPLE in a statement at the time. The couple met in Shiga, Japan, through mutual friends while Cage was filming Prisoners of the Ghostland.

The couple then posed for their first-ever magazine cover for Flaunt magazine, which debuted in October 2021.

The following month, the pair walked the red carpet of the 2021 GQ Men of the Year party in West Hollywood.

Cage and Shibata, 27, who is also an actress, made their red carpet debut last July at the premiere of Cage’s film Pig.