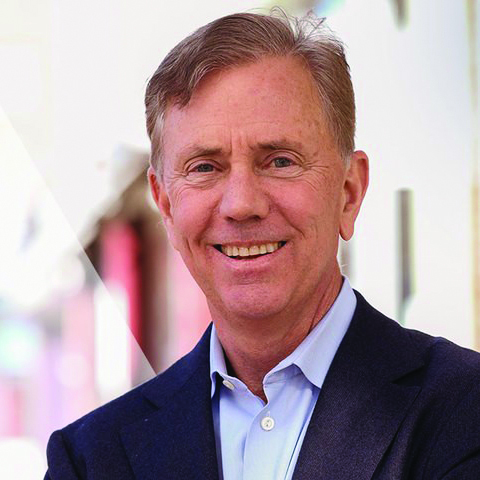 Edward Miner Lamont Jr. (born January 3, 1954) is an American businessman and politician serving as the 89th governor of Connecticut since January 9, 2019. A member of the Democratic Party, he served as a Greenwich selectman from 1987 to 1989. He ran for the U.S. Senate in 2006, defeating incumbent Senator Joe Lieberman in the state Democratic primary election, but was defeated in the general election by Lieberman, who then ran as a third-party candidate.