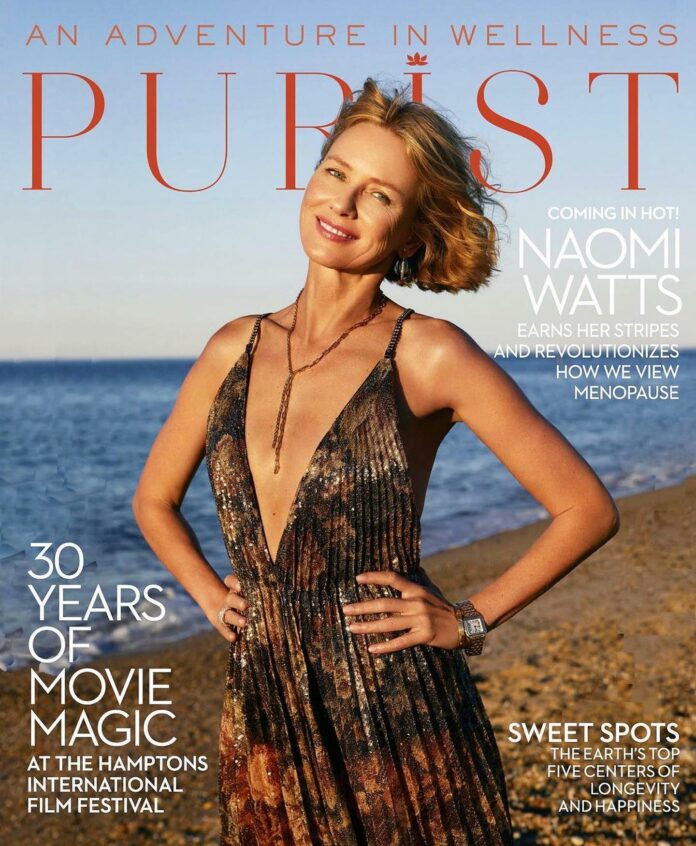 Naomi Watts is a popular British actress and starred in the 2005 blockbuster King Kong and received Academy Award nominations for her performances in 21 Grams and The Impossible. She is also known for her roles in the films Mulholland Drive, I Heart Huckabees, Birdman, and The Ring. She was nominated for the Academy Award for Best Actress for her performance as a grief-stricken mother in Alejandro González Iñárritu’s film 21 Grams (2003). Her profile continued to grow with starring roles in I Heart Huckabees (2004), King Kong (2005), Eastern Promises (2007), and The International (2009).

A family does not feel secure in their house until a stalker sends them threatening letters, as seen in Ryan Murphy’s new Netflix series The Watcher. This occured to Derek and Maria Broaddus after they bought an idyllic New Jersey mansion for $1.4 million, and they fled their home soon after the letters started coming.

Although Naomi Watts and Bobby Cannavale add Hollywood esthetic to the story, their filmic portrayal of the family deviates from reality in several ways. These differences include a change of the family surname as well as fictionalized appearances for both the house 657 Boulevard and its occupants.

A YouTube video posted by David Realty Group, the company that sold the home for $959,000 in 2019. The kitchen and living room shown in The Watcher are much more luxurious than what is actually offered in real life. Additionally, the exterior dark brown wood framing contrasts sharply with sage siding seen on the actual building.

The Watcher is now streaming on Netflix. You can see a real-life tour of the actual home that the series is based on in the video above, followed by Coolidge’s tour of the in-series home below that.

Naomi Watts was romantically linked with actor Liev Schreiber from 2005 to 2016. Couple had also a son named Alexander who was born in 2007 and another son named Samuel in 2008. Additionally, her brother Ben Watts is a photographer.

How much is the net worth of Naomi Watts? Her net worth is estimated to be $35 million, as of 2022. In addition, Naomi bought a $4.2 million mansion in LA’s Brentwood neighborhood from actress Sally Field, in 2004, who had owned it since 1993. After she and Liev split, Naomi began leasing the home for a reported $20,000 per month. She still owns the home today; it’s estimated to be worth $7 million.

In 2007, Naomi and Liev bought two adjoining apartments in New York City for $6 million. In 2016, Liev and Naomi bought a home in Montauk, New York for $5.4 million. Liev now owns the Montauk home, and Naomi is the only owner of Brentwood property.

Naomi Watts was born on 28 September 1968, in Shoreham, Kent, England. Her mother name is, Myfanwy (Miv) and father named, Edwards (née Roberts), an antiques dealer and costume and set designer, and Peter Watts (1946–1976), a road manager and sound engineer who worked with Pink Floyd. In 1982, when Watts was 14, she moved to Sydney in Australia with her mother, brother and stepfather.

Moreover, Watts’s maternal grandfather was Welsh. So, she belongs to mixed ethnicity.

As per Naomi Watts’s educational qualifications, she attended Thomas Mills High School. At the age of 18, she decided to become a model and later signed with a models agency that sent her to Japan, but after several failed auditions, she returned to Sydney.

When Watts was four years old, her parents got a divorce. Afterward, she and her brother Ben moved around South East England with their mother several times. Peter left Pink Floyd in 1974 and remarried two years later. In August 1976, he died of an apparent heroin overdose while living in Notting Hill.

Naomi Watts holds British citizenship. Moreover, Watts has stated: “I consider myself British and have very happy memories of the UK. I spent the first 14 years of my life in England and Wales and never wanted to leave. When I was in Australia I went back to England a lot.”

She also has expressed her ties to Australia, declaring: “I consider myself very connected to Australia, in fact when people say where is home, I say Australia, because those are my most powerful memories.”