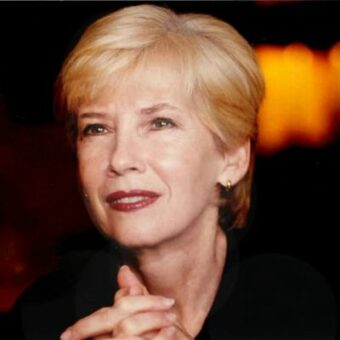 Nancy Heche is best known as the mother of Anne Heche, who was an American actress who came to recognition portraying twins Vicky Hudson and Marley Love on the soap opera Another World (1987–1991), winning her a Daytime Emmy Award and two Soap Opera Digest Awards. She achieved greater prominence in the late 1990s with roles in the crime drama film Donnie Brasco (1997), the disaster film Volcano (1997), the slasher film I Know What You Did Last Summer (1997), the action comedy film Six Days, Seven Nights (1998), and the drama-thriller film Return to Paradise (1998). Who Is Nancy Heche, Anne Heche’s Mother?

Heche was born on May 25, 1969, in Aurora, Ohio, the youngest of five children of Nancy Heche and Donald Joseph Heche. During her childhood, Heche’s family moved eleven times; once they resided in an Amish community. In a 2001 interview on Larry King Live when asked what her father earned his money from, Heche answered , “Well, he was a choir director. But I don’t think he made much money every week off it.”

He said that he was involved in a business of gas and oil, and he said that until the day he died, but he never was involved in the business of gas and oil ever.” When Heche was twelve, the family moved to Ocean City, New Jersey. She took employment at a dinner theater in Swainton because of the family’s financial problems. “At the time we’d been kicked out of our house and my family was holed up living in a bedroom in the home of a generous family from our church”, she said. “I got $100 a week, which was more than anyone else in my family. We all pooled our money in an envelope in a drawer and saved up enough to move out after a year.”

A month after actress Anne Heche slammed her vehicle into a Los Angeles building and was declared dead, a spokeswoman for the actress said Friday that she had been removed from the records. Since the fiery collision on August 5, Heche, 53, has been comatose in hospital with a severe brain injury.

According to California law, she is “legally dead,” though her heart is still beating as her family continues to keep her body on life support while discussing organ donations.