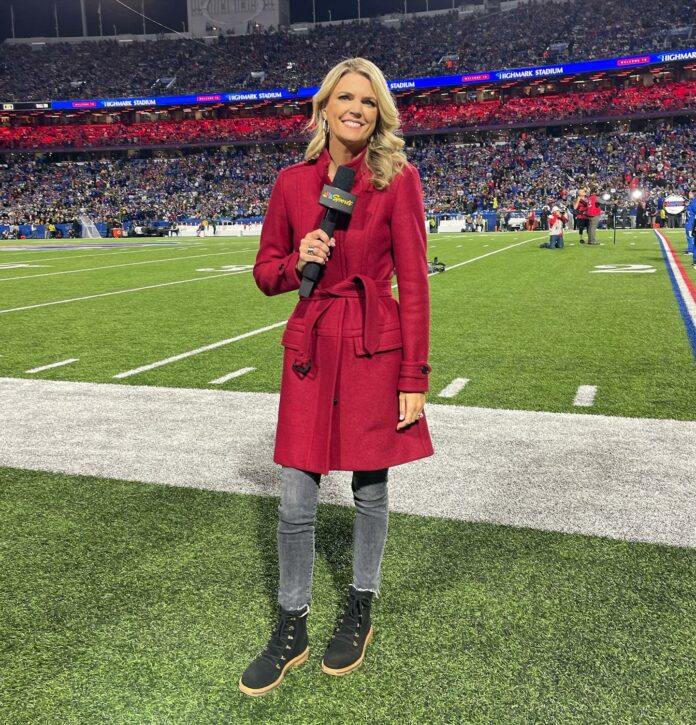 Melissa Stark is an American television personality and sportscaster has been described as a “trailblazer” who paved the way for women in sportscasting. She became a news intern on the assignment desk at WMAR-TV in Baltimore, in 1991. She joined NBC News as a National Correspondent for The Today Show and would also anchor MSNBC Live, in 2003. Read more about, Melissa Stark Husband, Net Worth, Height, Weight, Career.

Melissa Stark’s net worth is $2 million, as of 2022. She has earned her wealth through her Journalism career, as well as through various endorsements and sponsorships.

Melissa Stark’s father name is, Walter Stark, an eye surgeon at the Wilmer Eye Clinic at the Johns Hopkins Hospital in Baltimore, Maryland.

From her earliest days in Baltimore, she developed a passion for sports while accompanying her father to watch the Baltimore Colts. He was an ophthalmologist and often treated players who had suffered eye injuries.