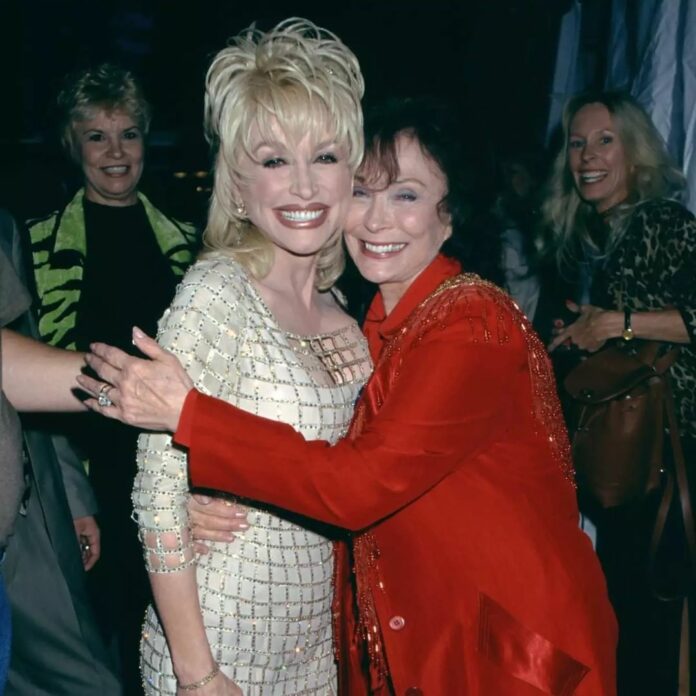 Loretta Lynn was an American singer-songwriter. She was born in Butcher Hollow, Kentucky, to Melvin Theodore “Ted” Webb and Clara Marie Webb. Her parents divorced when she was two years old and Lynn grew up with her mother and three older siblings in a poverty-ridden home where music served as an escape from their difficult reality.

At eight years old, Lynn began playing guitar and singing at local talent contests; by thirteen she had made her first public appearance as a solo performer. After marrying Oliver “Doolittle” Lynn at the age of fifteen, she began touring with him as a member of his band, the Western Cherokees.

In 1960, Lynn’s album Honky Tonk Girl was released to great success and marked the beginning of her long and successful career in country music. Throughout the 1960s and 1970s, Lynn charted more than fifty hits on the Billboard country charts, including twenty-one number one hits. She became one of the most awarded female artists in country music history, winning five Grammy Awards, sixteen CMA Awards, eight ACM Awards, and forty-six BMI Songwriter awards.

Loretta Lynn was married to Oliver Vanetta “Doolittle” Lynn (1926–1996) almost 50 years until her husband died at age 69. In her 2002 autobiography, Still Woman Enough, and in an interview with CBS News the same year, she recounted how her husband cheated on her regularly and once left her while she was giving birth.

Lynn and her husband fought frequently, but she said that “he never hit me one time that I didn’t hit him back twice.” Loretta said that her marriage was “one of the hardest love stories”.

In one of her autobiographies, she recalled: I married Doo when I wasn’t but a child, and he was my life from that day on. But as important as my youth and upbringing was, there’s something else that made me stick to Doo. He thought I was something special, more special than anyone else in the world, and never let me forget it. That belief would be hard to shove out the door. Doo was my security, my safety net. And just remember, I’m explainin’, not excusin’… Doo was a good man and a hard worker. But he was an alcoholic, and it affected our marriage all the way through.

Loretta Lynn suffered from various health concerns, including pneumonia from many years. Lynn had a stroke at her home in Hurricane Mills, in May 2017.

She was hospitalized in Nashville, and as a result, she was forced to postpone all of her subsequent concert dates. Her album Isn’t It Great Was delayed until next year. Lynn fractured her hip the first day of the year when she fell and broke it. Lynn died in her sleep at her home in Hurricane Mills on October 4, 2022, at the age of 90.