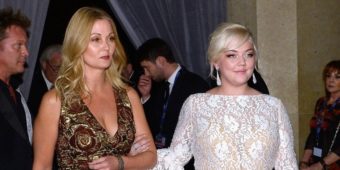 London King is a former model and actor from the United States who now serves as a childbirth educator/companion. She was previously married to comedian, screenwriter, and director Rob Schneider. Elle, her daughter with Rob, is currently pursuing a music career. London was in a relationship with another man that resulted in the birth of her first child, Noah, before getting married to Rob.

The identity of Noah’s father has yet to be revealed. London is now married to musician Justin Tesa. London has modeled for a few companies and acted in several films, but she was unsuccessful as an actor and eventually gave up both modeling and acting. London has appeared in a number of publications. Who Is Actress London King, Rob Schneider’s Ex-Wife?

London began her career as a model. She made her modeling debut in print and on television. London, on the other hand, did not receive any major brand offers as a model. Her modeling career was significantly damaged by her adolescent pregnancy. Nonetheless, London bounced back to pursue her acting and modeling aspirations.

She debuts as ‘Cheryl’ in 2000’s action picture ‘A Better Way to Die,’ which she starred in. In 2002, London played the character ‘Ruby Jenkins’ in the drama film ‘The Calling,’ which was her final acting project. Despite these parts, her acting career was largely unsuccessful.

She eventually withdrew from the entertainment business and began working as a doula, assisting women giving birth. Since 2003, she has been providing support to expectant moms in New York as a doula. London runs the website Push Love Doula where she blogs about pregnancy, child care, and childbirth topics.

When she was in her early teens, London had a relationship with someone whom she never revealed. Her first pregnancy as a result of the affair came to be. In August 1986, London gave birth to Noah, her first child. In 1988, London and Rob Schneider of Saturday Night Live fame met in Las Vegas.

They got married three days after their first encounter on September 25. In 1989, they had a daughter named Elle King (original name-Tanner Elle Schneider). Despite having Elle, London and Rob’s marriage was filled with tension. On September 1, 1990, they divorced.

After his divorce, London brought up Elle on his own. Elle now resides in Brooklyn and is a singer, songwriter, and actor. ‘East Side Ink’ was the name of her previous employment. When she met Justin Tesa, a musician, London found love again. They had a private wedding ceremony on January 21, 2000. Since then, they’ve been together.