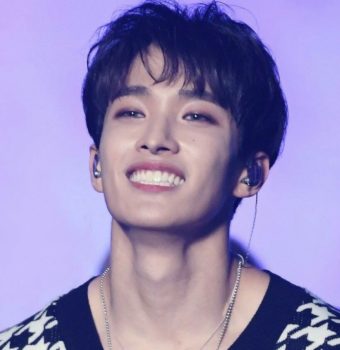 A member of the Vocal Unit in the South Korean group Seventeen. On stage he goes by “DK.” He sang growing up. When he was in middle school, he joined a rock band.

He loves rock bands. He was a part of a rock band when he was in middle school. His nicknames are: Mr. Hat, Soonseok Talk, Rockstar, Docutie, Internal voice (the members call him that because he’s noisy when he’s practicing his singing and it sounds like a speaker). He was previously a student at YP Music Academy.

He was one of the last members to join Seventeen. He grew up in the Gyeonggi Province of South Korea. He has one old sister. He and Lee Jihoon are both vocalists for Seventeen.

How tall is Lee Seokmin? He stands tall with a height of 5 feet and 8 inches and weighs about 64 kilos. He is a fitness freak as well. He has blonde hair and has light brown eyes.

Lee Seokmin bravely shared his story on Sukira radio (160619) of when he used to get bullied for his weight and explained how words can hurt.

He suffered through a lot in the past on his own and didn’t want to burden the others. So he worked hard to become the artist he is today. His net worth is estimated to be $100k – $200k, as of 2021.