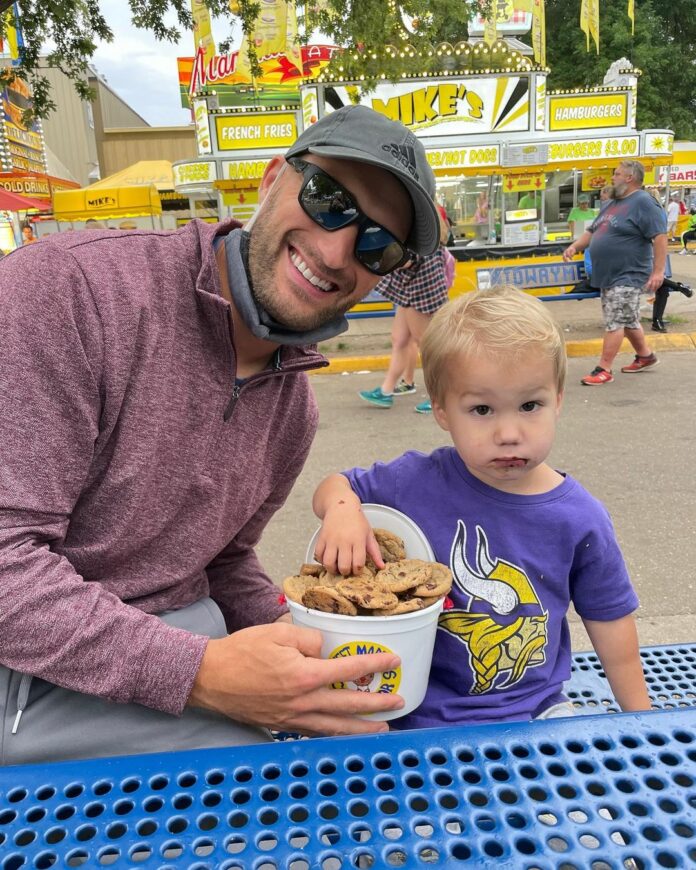 Kirk Cousins is an American NFL quarterback who was selected by the Washington Redskins in the 4th round of the 2012 NFL Draft. In 2015, he led the Redskins to an NFC East title in his first year as the team’s starter. After six years in Washington, he signed with the Minnesota Vikings in 2018. After being unable to agree with the team on a long-term deal for two years and signing franchise tags, Cousins signed a fully guaranteed three-year contract worth $84 million with the Vikings as a free agent in 2018. In terms of completion percentage, he ranks third all-time among quarterbacks with at least 1,500 pass attempts. Additionally, he is fifth in NFL history when it comes to regular season career passer rating.

How tall is Kirk Cousins? He stands at a height of 6 feet 3 inches tall. He weighs around 93 Kg or 205 lbs. He has dark brown eyes and has blonde hair. He was born to Don Cousins and Maryann Cousins, the second oldest of their three children. Born in Barrington, Illinois.

Kirk Cousins is married with his wife named, Julie Hampton in 2014. He is the son of Don and Maryann Cousins. Couple tied knot on June 28, 2014, in Atlanta, Georgia. During his time with the Redskins, Cousins earned the nicknames “Captain Kirk” from the media for his presence as a leader, referencing the Star Trek character.

How much is the net worth of Kirk Cousins? His net worth is calculated to be $70 million. He earned 46.6m dollars in wages during his five-year spell at Washington and in his first couple of seasons at the Vikings he received another 54m dollars. In March 2022, Cousins signed a one-year, $35 million fully guaranteed contract extension through the 2023 season.