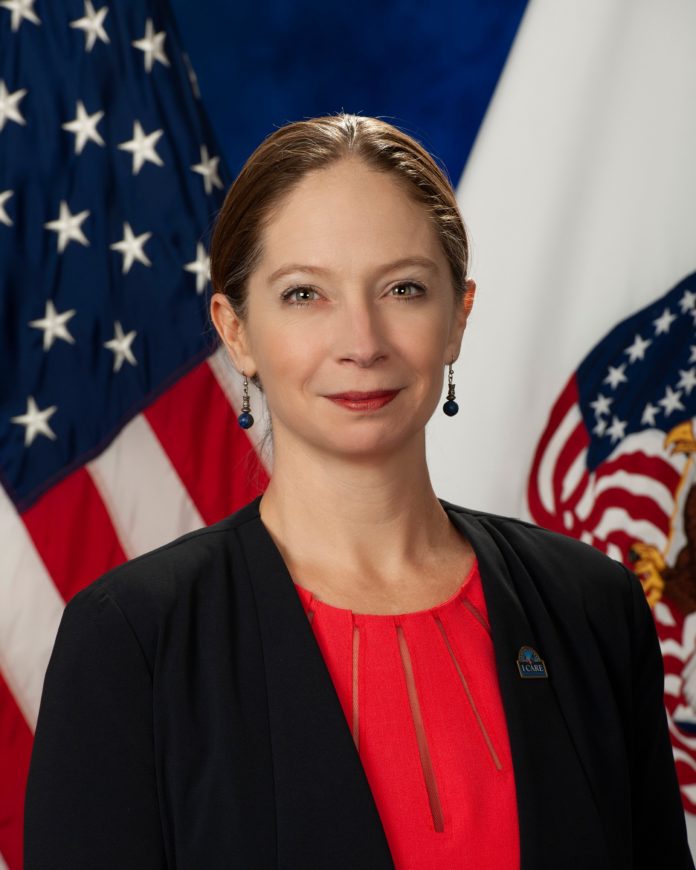 Kayla Williams is a well known United States government official and a former Arabic linguist in the United States Army who wrote her experiences of the 2003 Iraq invasion in her book Love My Rifle More Than You. This book details her personal experiences during the war in Iraq.

She went to Learning Unlimited and Ecole Francaise for primary and middle school, then Fort Hayes High School for high school. She was a happy youngster until high school, when she became involved in the “punk” scene. Kayla Williams Parents: Meet R. Darby Williams and Norma Jane Williams.

Kayla Williams was born on September 14, 1976, in Columbus, Ohio, to R. Darby Williams and Norma Jane (Spirit) Williams. Her father was an English Professor and her mother was a painter.

Her parents separated when she was young, and she grew up with her mother. She got to see much of the United States as part of her family’s traveling routine, as well as France.

Williams attended Learning Unlimited and Ecole Francaise for elementary and middle school, then Fort Hayes High School. She was a happy kid until high school, when she became involved in the “punk” movement.

Because she grew up poor, Williams witnessed the gap between the affluent and the impoverished. She was an odd woman out, and the punk movement was a way for her to opt out of society rather than allowing it to reject her. She appreciated the music that the punk scene had to offer since it made her feel “hip.”

After graduation, Williams took a job at Infinite Outsource in Tampa, Florida, a public broadcasting fund-raising organization funded by the Corporation for Public Broadcasting. She was terminated from this position in October 1999 “over a personality conflict with a new female superior.”

When the United States invaded Iraq, Kayla Williams was opposed to the war. She claims it was hypocritical of the US to go to Iraq in search of Weapons of Mass Destruction while ignoring North Korea’s nuclear program.

She also felt that they were losing their attention on the genuine war on terror by going to Iraq instead of completing the task in Afghanistan. However, after traveling to Iraq and meeting Iraqi people, she came to believe that they were doing the correct thing for the wrong reason.

On January 20, 2021, Williams was named Assistant Secretary of the Office of Public and Intergovernmental Affairs at the United States Department of Veterans Affairs.