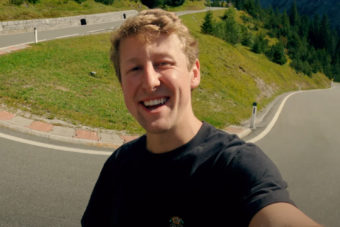 Josh Neuman was an American skateboarder and filmmaker who was one of four people killed in a plane crash in Iceland, local authorities confirmed.

Neuman, who produced skateboarding videos for almost 1.2 million YouTube subscribers, had been in the country sightseeing and shooting a commercial when a plane he was in went missing on February 3.

On Sunday, authorities found four bodies in Lake Thingvallavatn, near the capital city of Reykjavik. “The remains of four people at the bottom of the lake have been found and located at a depth of 37 meters (about 121 feet) or less,” read a statement from Icelandic Police.

Neuman was known for his daredevil videos, including skydiving from a plane and racing down mountains on his longboard. One video of him skating downhill in 2020 attracted over 106 million views on YouTube.

Authorities said the mission to recover the bodies had to be abandoned on Sunday due to dangerous weather but would continue once conditions improved. The 22-year-old had been in Iceland to shoot commercial content alongside Belgian fashion brand Suspicious Antwerp, which released a statement on its official website.

Josh Neuman was dating Ansley Norman. This has been confirmed by visiting his Instagram feed on which he had been showing several pictures of his girlfriend.

He was a money-is-everything type of guy who aspired to be rich and take trips to other countries. He was also an athlete at the age of twelve, when he was filmed for a YouTube longboarding video.

He had been busy following his desire for global travel and set his ambition of seeing the world. He perished at the age of 22, which is devastating for his family.

The estimated net worth is $4.2 Million in 2022. He earned t from his YouTube channel as well as from his skateboarder career. He had been worked with several brands Prada, LG, Intel, Sony, Motor Trend, GoPro, Lexus, Suspicious, and many more.