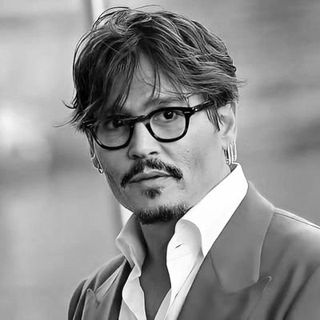 The jury has decided in favor of Johnny Depp and found him not guilty in his defamation case against Amber Heard. For six weeks, the trial continued and was broadcast live to millions throughout the world. Several celebrities, including Bruce Witkin, Kate Moss, and Ellen Barkin, took the stand during the proceedings. After less than three days of consideration by a jury, they have now reached a decision. Johnny Depp Won Defamation Case Against Amber Heard.

In the defamation case, Depp was seeking $50 million in damages. The jury determined that he deserves $15 million, including $10 million in compensatory compensation and $5 million in punitive damages. Penney Azcarate reduced the punitive charge to $350,000, which is the maximum authorized by statute in California.

The jury also sided with Heard in one of her allegations, finding that Depp’s attorney Adam Waldman’s statement that her accusations against him were “a hoax” had defamed her. $2 million in compensatory damages and no punitive damages were awarded to Heard.

Johnny Depp Is Shares His Joy

On Friday, the jury was sent closing arguments. Depp’s attorneys accused him of “victim blaming at its most repulsive,” and said that a decision in favor of Depp would make jurors an “accomplice” to his abuse and global humiliation campaign.” Depp’s lawyers asked the jurors to “give him his life back” after it was “ruined” by allegations of domestic abuse. One of Depp’s attorneys later said, “There is a victim of domestic violence in this courtroom, and it is not Ms. Heard.”

Following the ruling, Heard released a statement on her Twitter account, which read: “I’m not blaming anyone but myself. I was my own worst enemy. My faith in what happened to be true–the truth of God’s Word and work in my life–was the only thing that kept me going through all of this.”

“I’m heartbroken that the mountain of evidence still was not enough to stand up to the disproportionate power, influence, and sway of my ex-husband. I’m even more disappointed with what this verdict means for other women. It is a setback.

“It sets back the clock to a time when a woman who spoke up and spoke out could be publicly shamed and humiliated. It sets back the idea that violence against women is to be taken seriously,” Heard continued on.

Johnny Depp was not in the courtroom when the verdict was announced. He also made a statement following the decision’s announcement.

“False, very serious and criminal allegations were levied at me via the media, which triggered an endless barrage of hateful content, although no charges were ever brought against me. It had already travelled around the world twice within a nanosecond and it had a seismic impact on my life and my career,” he said. Depp stated: “And six years later, the jury gave me my life back. I am truly humbled.”