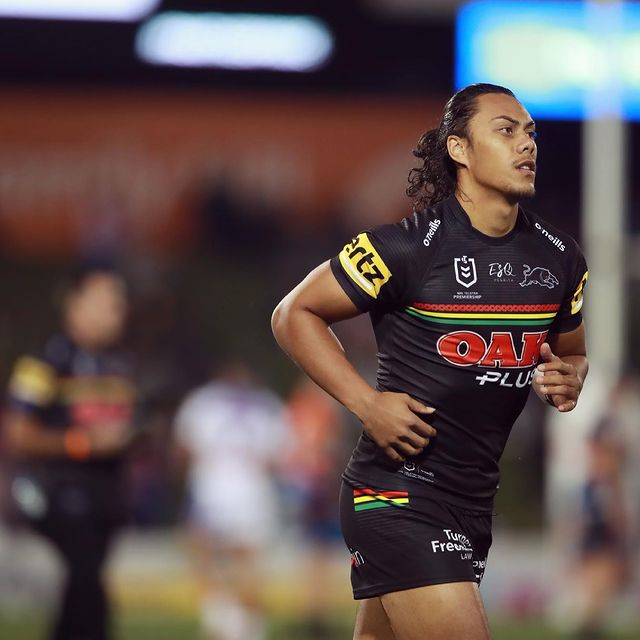 Jarome Luai is a well known Samoan international rugby league footballer. Recently, in May 2021, he was selected by New South Wales for game one of the 2021 State of Origin series. He plays as a five-eighth or halfback for the Penrith Panthers in the NRL. Luai represented Samoa at the 2017 World Cup. Tune in bio.

How tall is Jarome Luai? He stands tall with a height of 6 feet and weighs about 90 kilos. He is a fitness freak as well. He has black eyes and hair.

Who is the wife of Jarome Luai? He is married with Bailey Toleafoa. The duo seems to be made for each other. Couple is also blessed with children. In 2018, Jarome and his wife, Bailey welcomed their baby boy who goes by the name of Israel.

Jarome Luai played his junior rugby league for the St Marys Saints before being signed by the Penrith Panthers. Luai made 13 appearances for Penrith in the 2019 NRL season as the club finished 10th on the table and missed the finals for the first time in four years.

How much is the net worth of Jarome Luai? He played 33 games for the Penrith Panthers in the NYC between 2015 and 2017, scoring 13 tries and kicking 43 goals. His net worth is estimated to be $1.5 million.