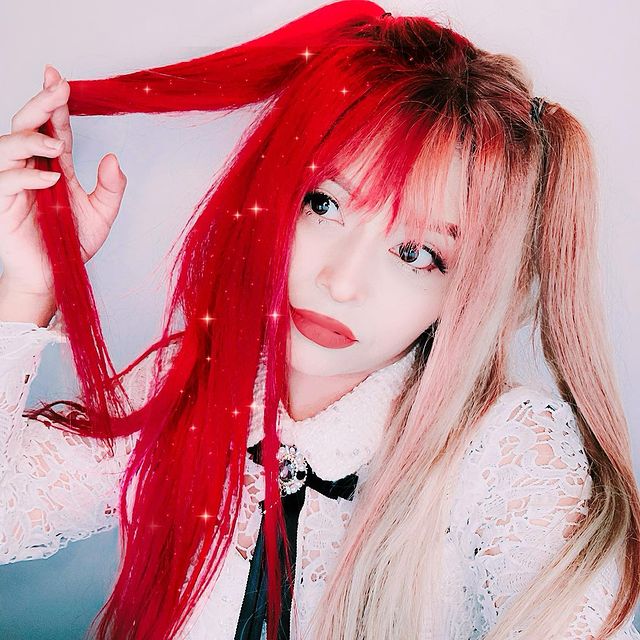 InquisitorMaster is an American gaming YouTuber. She is best known for her Roblox gameplay videos and vlogs. Moreover, she is famous for her role in the video game in The Walking Dead: The Final Season. She posts roleplays, challenges, and other types of content on the well-known game. She calls her fanbase Sharkies. Tune in bio.

InquisitorMaster was born on May 1, 1994 in Mississippi. She is 27-yrs old. Her real name is Alexandra Jennifer Teran. She is very fluent in speaking Spanish language. She has siblings as well. She has one younger brother.

InquisitorMaster used to worked as a candy store cashier and flea market saleswoman to afford a laptop and camera, and uploaded makeup videos to an old YouTube channel. Later on , in 2014, she created the InquisitorMaster channel on, and quit her job at the flea market to become a full-time YouTuber.

Who is the boyfriend of InquisitorMaster? She is straight and not married yet. However, there is no concrete data of her involvement in any of the rumors and relationships. Other than that she is quite private regarding her personal life. Moreover, she was once began to date Zachary Todd, in 2017, known on YouTube as ZacharyZaxor. She formerly dated YouTube collaborator Marcus Henderson. Other than that there is no data of her rumors and controversy. As InquisitorMaster doesn’t like to involve in rumors and controversy and damage her reputation.

How much is the net worth of InquisitorMaster? YouTube channel is her main source of income. Her net worth is estimated to be $300k – $400k. She is an ample pet lover as well.

InquisitorMaster is very active on social media platforms other than her famous YouTube channel. She has over 600k followers on her Instagram account. In high school, Alex was given the nickname “Einstein” for being smart.

InquisitorMaster often films videos with “The Squad” which is formed by Alex, Jade, Zach, Drake, Jaxx, Light, Charli September, Sora, Luca, and Levi. She began her career on YouTube by playing other games, but since then, she predominantly plays Among Us and some Roblox games.