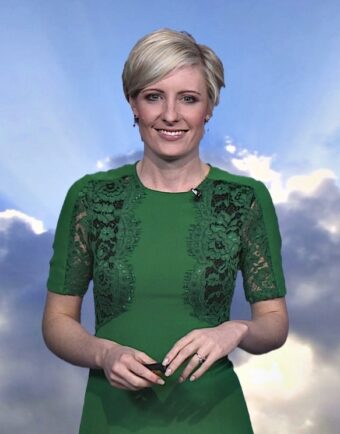 Helen Plint, a Welsh journalist who is also an interior decorator and runs the Award-winning Interior Architecture & Design studio named Pen to Pad. Currently, she works as a weather presenter for the ITV Network. Also, she can be regularly spotted on ITV or at various charity / public speaking events. Her recent TEDx talks have been incredibly well-received, with many citing her as an inspiration for young people. Her success is a testament to her hard work and dedication; she has earned numerous awards and accolades for her achievements.

Also, it is known, Helen and Richie’s split comes just four-months after the pair welcomed their third child, Elsie Kate.

Helen Plint attended The Cleeve School in Bishops Cleeve, Gloucester. For her college, she attented University of Leicester. In 2008, she graduated and went for the further studies. She went to Cardiff University and did Postgraduate Diploma in Broadcast Journalism in 2010.