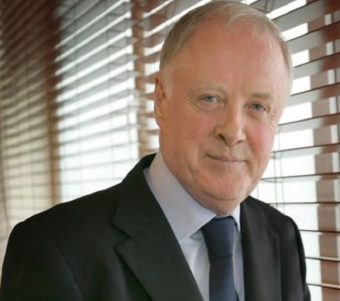 Gerry Robinson is a well-known Donegal businessman, TV producer and presenter. Gerry Robinson, has died aged 72. Born in 1948 in Dunfanaghy, he briefly trained to become a Catholic priest, before beginning his career as an accountant at Matchbox Toys in the mid-60s. Tune in bio and explore more about Gerry Robinson’s Wiki, Bio, Age, Height, Weight, Wife, Net Worth, Family, Career and many more Facts about him.

Who is Gerry Robinson?

He went on to work in a range of positions in manufacturing, support services and entertainment.

In 1987, he led a management buy-out of Division, which later became the Compass Group.

As well as producing a number of successful TV programmes, Mr Robinson also fronted several that focused on turning around failing businesses.

These included “Show Them Who’s Boss”, “Gerry’s Big Decision” and two series on the management of the NHS.

Over the decades, he also served as chairman of Allied Domecq, The Arts Council of England, British Sky Broadcasting Group and ITN.

Despite spending much of his working life in England, in 1998 he moved his family back to Donegal, where they made the Oakfield Park estate in Raphoe their home.

He subsequently spent much time renovating the house and gardens.

In 2003, he was awarded a knighthood for his services to the arts and business.

He is survived by his wife Heather, as well as his daughters and sons, Samantha, Richard, April and Tim.

In addition, Robinson had been divorced and remarried and has four children. He lived at Oakfield Demesne, Raphoe, County Donegal; he established a botanical garden with a narrow gauge railway – the Difflin Lake Railway – which is open to the public.

Gerry Robinson left Matchbox to work for Lex Vehicle Leasing as a management accountant, in 1974. Robinson’s first foray into broadcasting was a revival of the BBC’s Troubleshooter show, originally fronted by Sir John Harvey-Jones in the early 1990s.

Robinson served as chairman of the Arts Council England for six years from 1998, in which capacity he was one of the many victims of a spoof by British comedian Ali G.

Gerry Robinson steered the company through various mergers, and hostile takeovers including those of London Weekend Television (1993) and Forte Group (1996).

In 1999 Robinson was the subject of a biography, Lord of the Dance, written by business journalist William Kay, and published by Orion Business Books ISBN 0752810480.

In 2005 he made an unsuccessful attempt to oust Doug Flynn as CEO of Rentokil Initial and install himself as an executive chairman, for a 5% stake in the company, then valued at £56M.