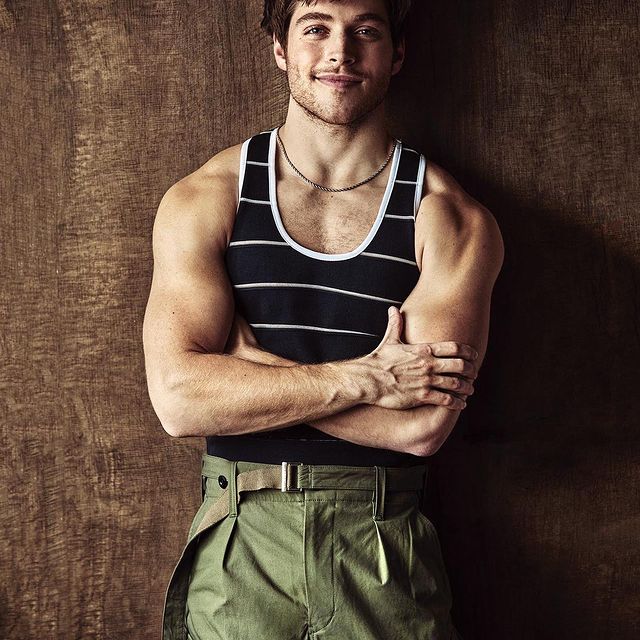 Froy Gutierrez is an American actor and musician. He rose to stardom for playing Nolan Holloway in Teen Wolf and Jamie Henson in Cruel Summer. The way this young lad is progressing in the path of stardom it will not be too much to say that he is gradually posing a challenge for the big names in social media and who can say, with time he might catch up with them or even surpass a few. Whatever the scenario will be, we wish this young entertainer a great journey ahead. Tune in bio and explore more about Froy Gutierrez’s Wiki, Bio, Age, Height, Weight, Dating, Girlfriend, Net Worth, Family, Career and many more Facts about him.

How old is Froy Gutierrez? He was born on April 27, 1998 in Dallas, TX. He is 23-yrs old. He holds American nationality and belongs to mixed ethnicity.

How tall is Froy Gutierrez? He stands tall with a height of 5 feet 7 inches and weighs about 62 kilos. He is a fitness freak as well. He has blonde hair and has light brown eyes.

Froy Gutierrez’s father and mother names are not known. He is half Mexican and is bilingual in English and Spanish. He has siblings as well. He has a younger brother and younger sister. As per his education, he attended Booker T. Washington High School for the Performing and Visual Arts.

How much is the net worth of Froy Gutierrez? In 2017, he appeared in the final season of Teen Wolf and on the first season of One Day at a Time. His net worth is estimated at $2 million – $3 million.

After an agent saw Froy in a local play, he began submitting audition tapes in 2015. Froy Gutierrez was cast in the second season of Hulu’s television series Light as a Feather. He released his first single, “Fix Me”, in 2019. In 2021, he co-starred in Freeform’s teen drama Cruel Summer.