Who Is Falicia Blakely: Tragic Life Of A Young Teenage Mom 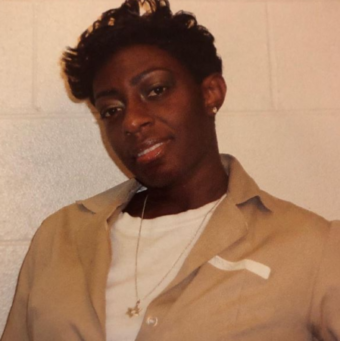 Falicia Blakely is a 34-year-old woman who is currently serving three life sentences for murdering three men by the age of 19 and has a story that will forever be immortalized by a riveting television movie. Moreover, Love Kills: The Falicia Blakely Story is a TV One original film about the tragic life of a young high school girl who turned stripper, was brainwashed and murdered as part of an armed robbery-murder scheme. Falicia pleaded guilty to two counts of murder in order to avoid the death penalty, admitting she robbed and murdered Raymond Goodwin, 34, and Claudell Christmas, 35. Falicia committed these crimes when she was 18 years old working for her abusive pimp in 2002. Who Is Falicia Blakely: Tragic Life Of A Young Teenage Mom.

Who Is Falicia Blakely?

Read Also: How Did Michelle Lodzinski Get Out Of Prison?

The authorities apprehended Blakely and Ervin while they were plotting to rob Mrs Winner’s Diner. The pair had already robbed several other fast food places in Atlanta, and this arrest came just a week after their 24-hour murder spree.

Just 12 hours after killing a pair of people, Blakely and Ervin murdered a third man – Lemetrius Twitty. He had been a witness to an Atlanta fight that resulted in murder charges being brought against NFL linebacker Ray Lewis. Police realized the two were driving the car of one of their victims when they were arrested. restaurant owners at Mrs Winner’s called the police when the pair began behaving suspiciously after robberies had taken place at other fast-food restaurants.

At the time of the slayings, Blakely was Georgia’s youngest female to face execution. She is now imprisoned for life without the chance of parole. But she believes her experience will assist other young women in similar circumstances.