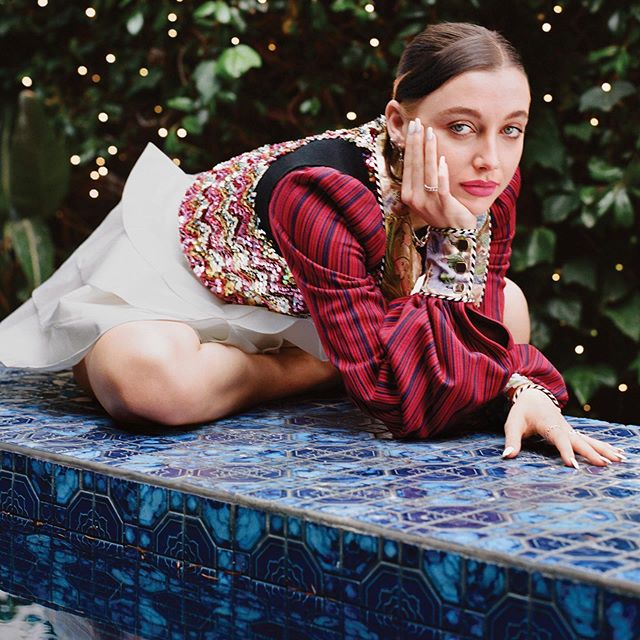 Emma Chamberlain is an American youtuber and social media personality. She is a famous Lifestyle vlogger whose self-titled YouTube channel has surpassed million of subscribers through vlogs, lookbooks, DIYs, hauls, and more. In 2019, Time Magazine included her on its TIME 100 Next list, and its list of The 25 Most Influential People On The Internet, writing that “Chamberlain pioneered an approach to vlogging that shook up YouTube’s unofficial style guide.” Tune in bio and know more about Emma Chamberlain’s Wiki, Bio, Age, Height, Weight, Boyfriend, Net Worth, Career, Family and many more Facts about her!

How old is Emma Chamberlain? Her birthday falls on May 22, 2001. At present, she is 19-yrs old. She holds American nationality and belongs to mixed ethnicity. Her birth sign is Gemini. She was born in San Bruno, CA. Her father name is Michael and mother named, Sophia Chamberlain.

What is the net worth of Emma Chamberlain? Chamberlain uploaded the first video to her YouTube channel on June 2, 2017. In 2019, she launched the podcast, Stupid Genius, which reached no. 1 in 50 countries. She later rebranded her podcast to Anything Goes. She also launched her own coffee brand, Chamberlain Coffee, that same year. She featured Ethan and Grayson Dolan in a 2019 YouTube video titled “HIGHSCHOOL DROPOUTS TAKE FINALS.” As in 2021, her net worth is estimated over $3 million.

Who is the boyfriend of Emma Chamberlain? She is single and very focused on her career, as of 2021. Her previous dating history is also not known.