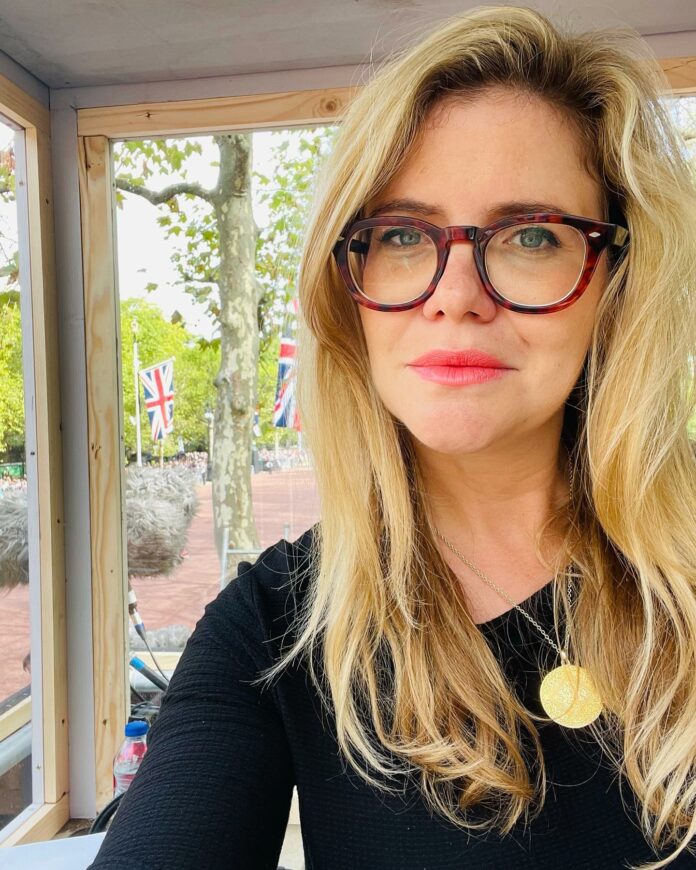 Emma Barnett is a popular British broadcaster and journalist. She has been the main presenter of Woman’s Hour on BBC Radio 4 since January 2021. Barnett worked for BBC Radio 5 Live for six years, beginning in 2014. Prior to that, she worked at LBC for three years. Between 2016 and 2020 she presented 5 Live’s mid-morning weekday programme where she gave women across the nation a voice.

Barnett has always been an advocate for women’s rights; before her broadcasting career began, she worked as The Daily Telegraph’s Digital Media Editor and Women Editor- bringing more depth and meaning to serious female issues within society. From 2016 to 2020, she wrote a column for The Sunday Times.

In 2017, she started co-presenting BBC One’s Sunday Morning Live. Also in 2017, she began hosting the live discussion programme After the News on ITV. From 2019 to 2022, she was one of the presenters of BBC’s Newsnight.

Barnett is married with her husband at university and married in 2012. In 2018, she had a son. She lives in London. She is not highly religiously observant, and is ambivalent about both Orthodox and Reform Judaism.

In a 2014 BBC Radio segment, she expressed discomfort at women being rabbis. However, this does not stop her from preforming charity work for Norwood- one of the largest welfare organisations within the British Jewish community. Despite her views, Barnett is still a member of the Women’s Equality Party.

Emma Barnett is the presenter of Woman’s Hour on Radio 4 Monday-Thursday at 10 am, or you can listen anytime on BBC Sounds. The programme has recently been extended to the full hour, and she is thrilled that this will give her and the team more time to cover the issues that matter to women around the world.

Emma joined Woman’s Hour from her BBC Radio 5 Live program after she was named the Best Speech Broadcaster of the Year by The Radio Academy. She also presents Newsnight on BBC Two and writes a column for the I Paper.

In 2019 Emma published her first book: Period. It’s About Bloody Time, with the goal to finally end the ridiculous taboo surrounding menstruation. The book is funny and touching, and it serves as a call-to-action to bring periods out of the dark corners of women’s mindsets and into society’s conscious discussion.