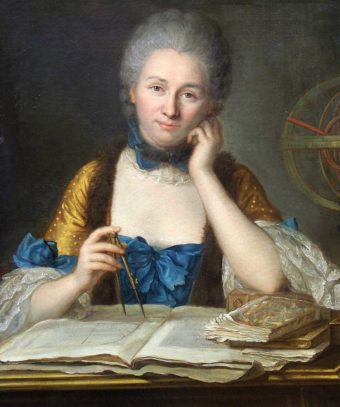 Today’s Google Doodle is in honour of Frenchwoman Émilie Du Châtelet on her 315th birthday. One of the few women from the 18th century to pursue and make significant contributions in the sciences was Émilie Du Châtelet.

Despite all odds, Émilie persisted and wrote and submitted a groundbreaking physics paper that set the standard for future work in her field.

Who Was Émilie Du Châtelet?

Gabrielle-Émilie Le Tonnelier de Breteuil was born on December 17, 1706, in Paris. She was one of the few women at the time to pursue an intellectual career.Emilie was a highly regarded philosopher, scientist, and literary translator.

She began learning to fence and linguistics at an early age, but she also studied math and science. She was already fluent in six languages by the age of 12, which is a remarkable achievement even in today’s world.

Emilia was a fascinating woman who had the confidence of her lineage and intellect. She was educated in a wealthy, aristocratic family. She followed her passion for science as an adult and shattered the norm.

Her most famous work is her translation and commentary on Isaac Newton’s 1687 book Principia, which introduced the fundamental rules of physics.

Émilie conceived of energy as a way to quantify the relationship between the mass and velocity of an object after researching Newton’s work.

However, her most significant work as a physicist and philosopher was her philosophical magnum opus, Institutions de Physique (1740).

In her twenties, Émilie married Marquis Florent-Claude Du Châtelet, a prominent military officer. The French philosopher who was an unstoppable force in the field of physics died in 1748 at age 42.

In one hand, the philosopher holds a mathematical instrument, the divider, while in the other she has a paper with a math diagram on it. The name Google appears in the background, made out of rulers, the world, and other items.

Many people have taken to Twitter to commemorate the French physicist after seeing his lovely drawing.

Here are some of the most retweeted tweets in memory of Émilie Du Châtelet.

“Emilie du Chatelet in top trend, it’s incredible. This is how I would dream of Twitter,” a user wrote in French.