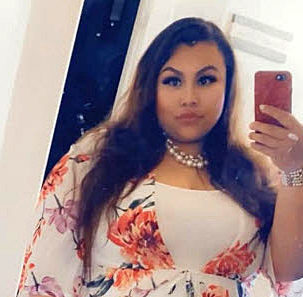 People who were following the mysterious disappearance of Elizabeth Jasso, a 26-year-old English woman who vanished on August 5th, have been informed that she has been discovered by police in Baytown. The girl is safe, and her pregnancy claims are false as she is not pregnant, according to the family and the cops.

The teen met the cops on Tuesday at 1:00 p.m., according to ABC 13, and she is safe, there has been no crime or foul play in the entire situation, and she was not pregnant prior to her vanishing away, as reported by the authorities.

Police in Baytown, Texas, have said that they believe she is going through many emotions and is most likely in a mental health crisis. According to her mother-in-law’s post, which was later deleted from Facebook, the 31-year-old was seen driving her white BMW with a Texas license plate NZK4426 before she vanished.

The case went viral on social media after someone posted a message from Jasso’s mother-in-law, asking for help finding her while claiming to be pregnant for 40 weeks.

There are nearly 22,000 members on the page where people are discussing whether she vanished by herself.

In April of this year, Elizabeth Cano went missing after going to a hospital in Texas with her husband and other family members.

She also goes by the name of Liz Jasso and her birth name is Elizabeth Cano; on August 4th, she announced that she was being induced to give birth to twins on Facebook.

She was last seen on August 5th, when she posted a photo of her husband’s tomb, in which she writes that it is completely filled with sadness and happiness.

She went on to say all she can think about is his huge grin, which was lovely. She vowed that Royalty and Cash would always remember how wonderful they are as she concluded by saying Pendejo will be loved forever and ever.