Who Was Dr Kamal Ranadive Married With? 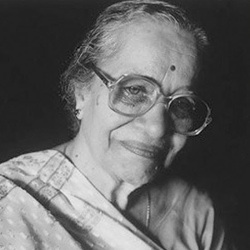 Kamal Ranadive was an Indian biomedical researcher known for her research on the links between cancers and viruses. She was also a member of the Indian Women Scientists’ Association (IWSA). She established India’s first tissue culture research laboratory at the Indian Cancer Research Centre in Mumbai in the 1960s.

Ranadive was born in Pune on 8 November 1917. Ranadive’s parents were Dinkar Dattatreya Samarath and Shantabai Dinkar Samarath. He made sure that all of his children received a good education. Ranadive was an outstanding student. She went to the Huzurpaga: the H. H. C. P. High School for her primary school education.

She was born in Dhaka, East Bengal, and her parents wanted her to become a doctor. She chose otherwise, however, going into medicine. Her undergraduate education began at Fergusson College with Botany and Zoology as her major fields of study. In 1934, she completed her Bachelor of Science (B.Sc.) with distinction.

She enrolled at the Pune Agriculture College, where she obtained her master’s degree (M.Sc.) in cytogenetics of anonaceae as a special topic in 1943. On May 13, 1939, she married J. T. Ranadive, a mathematician, and relocated to Bombay. They have a son named Anil Jaysingh. Who Was Dr Kamal Ranadive Married With?

Who was Dr Kamal Ranadive married with? She was married with Jayasing Trimbak Ranadive in 1939. Moreover, Kamal also received Padma Bhushan in the field of Cell biology.

Her parents were Dinkar Dattatreya Samarath and Shantabai Dinkar Samarath. Her father was a biologist who taught at Fergusson College, Pune. Her mother was a social worker. She had two sisters, Mangala and Uma, and one brother, Dilip.

Muktabai was born on July 10, 1918 in Pune, India. Her parents were Dinkar Dattatreya Samarath and Shantabai Dinkar Samarath. Her father was a biologist who taught at Fergusson College, Pune. Her mother was a social worker. She had two sisters, Mangala and Uma, and one brother, Dilip.

Muktabai was an outstanding student and was awarded a gold medal by the Governor of Bombay for being first in the University of Mumbai in English literature. She also received a scholarship to study at Oxford University, which she declined.

After graduation, Muktabai taught at Nutan Marathi Vidyalaya for a year. She then joined the Indian Independence Movement and became active in the Quit India Movement. She was jailed for two years from 1942 to 1944.

After her release from jail, Muktabai worked as a journalist for The Hindu and Navajivan newspapers. She also wrote children’s books and edited a women’s magazine called Bharatiya Stree.