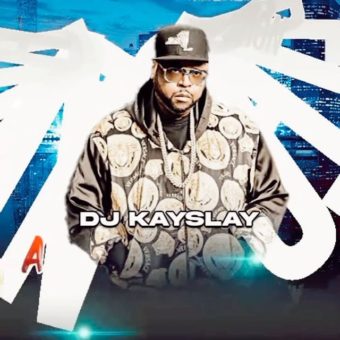 DJ Kay Slay, a major figure in Hip Hop culture with millions of followers across the world, will be remembered for his enthusiasm and mastery, and his legacy will endure through generations. During this difficult moment, our family thanks all of DJ Kay Slay’s friends, fans, and supporters for their prayers and good wishes. We request that you show respect for our privacy as we mourn this terrible loss. DJ Kay Slay Wiki, Bio, Death, Mixtapes, Graffiti Artist.

DJ Kay Slay was a disc jockey, as his name implies. Growing up, he was influenced by such luminaries as Grandmaster Flash and others, though in a 2019 interview with Forbes, he stated that he did not intend to be one. “I didn’t set out to be a DJ,” Kay Slay said. “It was simply something I liked to do that was enjoyable.”

Slay was also a well-known and highly regarded graffiti artist. “The Drama King,” as he was also known, was recognized for tagging walls with his signature “DEZ” before launching his DJ career, according to The New York Times. He has been the subject of films about NYC graffiti such as Style Wars and Wild Style.

The DJ’s habit of compiling enormous compilations, many of which were packed with diss songs in which rappers took jabs at one another, earned him the moniker Drama King. While Slay didn’t sell his mixtapes through major retailers, he has dropped over 500 since launching his career as a mixtape curator in the early 1990s.

Aside from mixtapes, Slay has released a few of albums and many of them included some of hip-hop’s biggest figures. His 2003 debut, The Streetsweeper, Vol. 1, featured Eminem and Killer Mike among others. Stars like Kendrick Lamar or Snoop Dogg have appeared on recent recordings such as “Cold Summer” (2017) or “The Jungle” (2021).

DJ Kay Slay, a leading figure in the New York hip-hop scene whose raucous mix tapes became legendary, has died from Covid-19 illnesses. Kay Slay, born Keith Grayson, was a radio personality and music producer who died on April 5th at the age of 55. His family confirmed his death with a statement issued by New York hip-hop radio station HOT 97. Kay Slay, whose real name was Keith Grayson, was a DJ at HOT 97. He had been a star of the genre since the early 1990s, when mixtapes he produced included up-and-coming artists as well as megastars like Jay-Z and later Eminem.

Kay Slay was a young graffiti artist in the aforementioned 1983 film “Style Wars,” which chronicled New York’s burgeoning hip-hop scene. He spray-painted train cars’ sides, calling himself the “king of the number three train,” and became known as Dez.

Following in the footsteps of Grandmaster Flash and the Sugarhill Gang, who emerged a few years before him, he became one of hip-hop’s first producers. He was introduced to major artists by his depth of experience as a young artist growing up during the rise of Grandmaster Flash and the Sugarhill Gang, and subsequently as a producer in his own right. According to previous reports, in 10 years since his debut album, he has released over 500 mixtapes featuring opponents trading bars on tracks that aren’t often heard on radio.

Kay Slay’s executive-produced mixtapes were heard throughout the country. In 2003, the New York Times stated that “high-profile hip-Hop beef in the last three years … began or ended on a Kay Slay tape,” including fights between Nas and Jay-Z. Because of his decade-long squabbles (which sometimes continue) started (and later, sometimes ended) on his tapes, Kay Slay dubbed himself “The Drama King.”

His first full-length effort, 2003’s “The Streetsweeper, Vol. 1,” was the first to be marketed nationally. It boasted 50 Cent, Nas, and Eminem among other performers and included a sequel. He also collaborated with artist Papoose on this project, which he recorded without Signing with Jive Records after leaving its fold.

‘The game was boring until I came around,” he told the Times in 2003. “I brought the controversy back. I brought the game back to life.”

Kay Slay has been an authority on all things hip-hop for decades, hosting “The Drama Hour” on HOT 97 for years and airing (or inflamed) beefs between rappers. Kay Slay’s family announced he was in the hospital with Covid-19 in January. His brothers later told HipHopDX that he had a long path ahead of him before being able to recover.

Wack 100, the talent manager who referred to Kay Slay as his “brother, friend, business partner, and mentor,” said they had been acquainted for 20 years. For months, he kept fans updated on Kay Slay’s health and recovery in the hospital. In a statement on its website, HOT 97 said it was “shocked and saddened by the loss of our beloved” Kay Slay.

“A cultural icon, The Streetsweeper Kay Slay was more than just a DJ, to us he was family and a vital part of what made HOT 97 the successful station it is today,” the station said.