What is the meaning behind demon time? 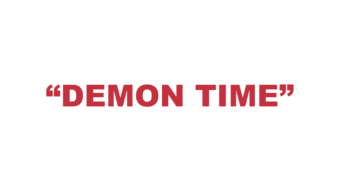 The term “demon time” has a variety of connotations, as demonstrated by its usage on social media. According to Urban Dictionary, the most common meaning of the phrase is a period in the night when “all inhibitions are let loose.” In this sense, the term has been employed by a number of well-known musicians including Beyonce, Meek Mill, and The Weekend.

However, this isn’t the only significance of the phrase, as it appears to have been used in sports circles. In celebration of Steph Curry’s form this season, one basketball fan employed the term:

The term “demon time” has several meanings, but it appears to have a more straightforward origin. The phrase rose in popularity last year for its connection to late-night Instagram live-streams in which ‘dancers’ entertained viewers, according to Complex.

Following the pandemic’s closure, the streams were said to have begun. As live-streams grew in popularity, dancers became known as demons, therefore demon time was associated with watching these streams. However, according to another definition on Urban Dictionary, the phrase has been around since before the live-streams, with a possible meaning dating back to 2011. It relates the term to 3am, when demons are said to “come out to play.”

In September, rapper Trippie Redd named his song with Ski Mask The Slump God “Trap Queen” after the phrase. Fans began quoting the intro line, which contains the song’s name, as soon as it trended on TikTok. The phrase demon time was applied to various settings in films, along with the expressify TikTok filter, which produced the aspect of a devilish grin.

The term has taken on new meanings within the movement as users apply it to different situations in their relationships: