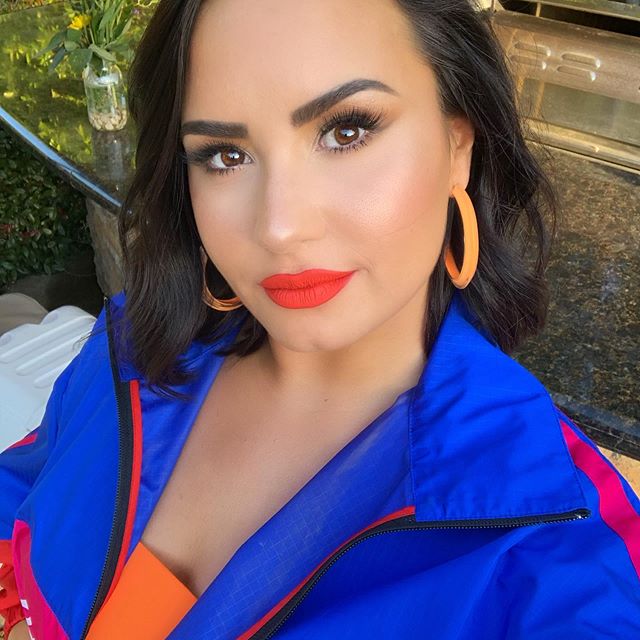 Demi Lovato is an American Actress and singer who she rose to prominence after appeared in Camp Rock with The Jonas Brothers and whose album Don’t Forget was certified Gold by the RIAA. She also played Sonny Munroe in the Disney Channel’s series Sonny with a Chance from 2009 to 2011. Tune in biography!

Who is dating Demi Lovato in 2020? At present, she is dating Max Ehrich. On July 22, 2020, Lovato made her engagement official to actor, Max Ehrich. They announced their engagement via an instagram post, she said “I knew I loved you the moment I met you. It was something I can’t describe to anyone who hasn’t experienced it firsthand but luckily you did too.. I’ve never felt so unconditionally loved by someone in my life (other than my parents) flaws and all. You never pressure me to be anything other than myself. And you make me want to be the best version of myself. I’m honored to accept your hand in marriage. I love you more than a caption could express but I’m ecstatic to start a family and life with you. I love you forever my baby. My partner. Here’s to our future!!!!

Moreover, as per her previous dating lists, in late 2019, she dated model Austin Wilson. She dated Wilmer Valderrama from 2010 to 2016. She also dated Joe Jonas and Luke Rockhold.

She holds American nationality. Her father name is, Patrick Lovato and mother named, Dianna De La Garza. She belongs to mixed ethnicity. Her father was of Mexican descent, with mostly Spanish and Native American ancestors. She has siblings as well. She has an older sister named Dallas, a younger half-sister, actress Madison De La Garza, and an older half-sister, Amber. As of education, she was homeschooled, and received her high-school diploma through homeschooling in May 2009. In addition, due to her acting career she was bullied so harshly that she asked for homeschooling.

At the age of seven she began playing piano. The stunning actress starred in the 2009 film Princess Protection Program and has called John Mayer her biggest musical influence. Moreover, she rose to stardom for her role as ‘Mitchie Torres’ in the Disney Channel musical television film Camp Rock in 2008 and its sequel Camp Rock 2: The Final Jam in 2010.

She has honored with several awards, including an MTV Video Music Award, 14 Teen Choice Awards, five People’s Choice Awards, and two Latin American Music Awards. She also holds one Guinness World Record, and she was included on the Time 100 list in 2017. Outside of the entertainment industry, Lovato is an activist for several social causes. She has sold over two million albums and 20 million singles in the United States, in 2017 as well.

What is the net worth of Demi Lovato? Her worth is estimated around $50 million. Acting and singing is her primary source of income. Moreover, she also purchased a Laurel Canyon home in Los Angeles for $8.3 million, which she sold in June 2020 for $8.25 million.