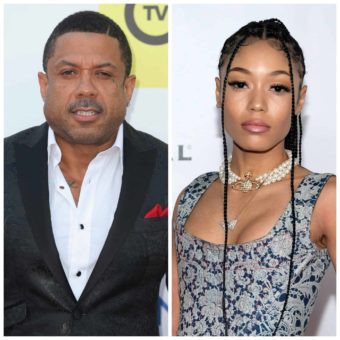 Coi Leray was recently featured in an XXL freestyle where she explains that she is surviving on her own by stating, “My family relies on me, and I’m the one who will make it out.” Now that everyone is curious about her father, Benzino, and their connection to Coi.

On July 5th, 2021, Coi Leray made her first appearance in an XXL Freshman Freestyle and subsequently appeared on the August issue of XXL with DDG, Lakeyah, and Morray.

Many fans were disappointed by the freestyle, which sparked outrage on Twitter. XXL Magazine has since responded to people on Twitter by stating, “Coi Leray doesn’t care about the hate.”

So, what was said about her father and who is he?

Coi Leray and her father, The Source co-founder Benzino, have been going back-and-forth on social media after Leray took aim at him on her Lil Durk-featuring remix of “No More Parties.”

In the lyrics, she claims that Benzino wasn’t a good father: “My daddy let me down, but I promise you, I won’t let up / I wanna say fuck that man but the shit won’t make me better.” However, Benzino has since denied her accusations, saying that Leray “was raised in a mansion and had everything she ever asked for. My other two sons are grown and would never say these things.”

On Tuesday, Benzino took to Instagram to once again discuss his feud with his daughter, ultimately blaming the internet and declaring “a state of emergency.”

His note follows Leray’s Instagram Live rant, where she openly shared her frustrations with her father. “It’s crazy ‘cause we was just on the phone crying yesterday, sharing this moment. Like, really sharin’ the moment,” she said. “For this man to come on here and do this is so lame and this is the reason he burned all his bridges today.”