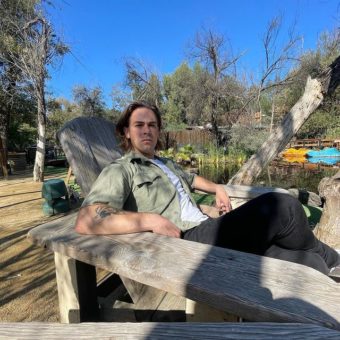 How tall is Cody Ko? He stands tall with a height of 5 feet and 8 inches and weighs about 63 kilos. He is a fitness freak as well. He has blonde hair and has light brown eyes.

He accumulated more than 2 million followers on Vine before it was shutdown. He joined Cameo in 2020 and offered his fans the chance to pay $50 to play Fall Guys with him.

Who is the girlfriend of Cody Ko? He has not married yet and he doesn’t have a wife till now. He is very secretive regarding his personal life and hasn’t revealed any information regarding his dating life. He usually skips questions regarding his girlfriend.

He posted his first video to Vine on April 3, 2013. He auditioned as Mary Poppins in what would be the first #6secondauditions video ever.

Some Facts About Cody Ko

Vine sensation who created the viral hashtag #6secondauditions and went on to became extremely popular on YouTube, where his comedy videos have earned him over 5 million subscribers.

He is also one-half of the Tiny Meat Gang duo.

In 2017, Kolodziejzyk joined the cast of The Real Bros of Simi Valley alongside fellow YouTuber Jimmy Tatro.

After pursuing his own interests, he worked as a senior iOS developer at Fullscreen, a subsidiary of AT&T’s WarnerMedia.

While majoring in computer science at Duke University, Kolodziejzyk created the iPhone application “I’d Cap That”, which adds captions to photos.