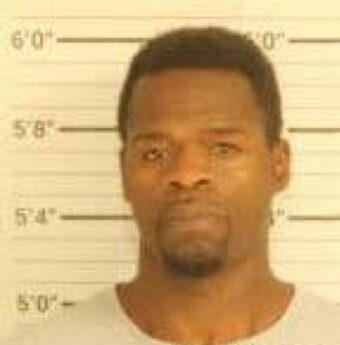 Cleotha Abston was a criminal and convicted of rape before spending 22 years in jail for kidnap, as video shows him cleaning his SUV after her body was dumped 100 yards away. Following the apparent kidnapping and murder of Eliza Fletcher, a mother of two, footage has emerged showing the suspect cleaning out his automobile. The video shows Cleotha Abston, 38, driving to his brother’s house and idling by the passenger side of his SUV.

The footage of Abston driving around with Fletcher was shot less than four hours after she disappeared on September 2. On Tuesday, authorities announced that they had found Fletcher’s body and charged Abston with her murder. Records show that he was previously arrested for raping a man and several assaults before he turned 16, when he was jailed for 22 years after kidnapping a lawyer. Cleotha Abston (Eliza Fletcher’s Killer) Wiki, Bio, Kidnapped & Murder.

Cleotha Abston was serial killer and rapist. He was previously convicted of raping a man when he was a teenager and as new footage show the alleged killer cleaning his SUV hours after billionaire heiress Eliza Fletcher vanished.

Abston, 38, was just 11 when he first appeared in Shelby County Juvenile Court, in Memphis, Tennessee, charged with theft of property $500 or less. He was detained 16 times from October 1995 to May 2000 for rape, aggravated assault and unlawful possession of a weapon.

After being released from his final stay at the SCYSB, Abston was transferred to adult court for kidnapping lawyer Kemper Durand. He was sentenced to 22 years in prison and released in 2020 before violently bundling Eliza Fletcher into an SUV on Friday.

The suspected killer’s brother, Mario, has released new video. Around 8 a.m. on Friday, he drove to the Longview Gardens apartment complex in Louisville, OH, to see his brother. Abston is accused of abducting the heiress less than four hours earlier near the University of Memphis. He can be seen sitting inside his car after pulling into the parking lot before getting out and going to the trunk of his vehicle. It’s unclear what he was doing with whatever he found in the trunk.