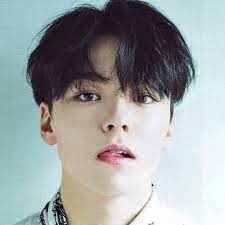 Vernon (버논) is a rapper and songwriter under Pledis Entertainment who goes by the stage name Vernon. He is a member of the hip-hop group SEVENTEEN, which is part of ‘Hip-Hop Team.’ Vernon is a member of the K-Pop boy band Seventeen who joined Pledis as a trainee in 2012.

On season one of Seventeen TV, he was dubbed Mr. Headphones by fans. His stage name and middle name are Vernon.

Who Is Chwe Vernon Hansol?

He was born in New York and moved to Korea when he was five years old.

He and Seventeen released EPs called 17 Carat and Boys Be in 2015.

How tall is Chwe Vernon Hansol? He stands tall with a height of 5 feet and 8 inches and weighs about 63 kilos. He is a fitness freak as well. He has blonde hair and has light brown eyes.

He has a younger sister named Sofia (Choi Hangyeol) who was born in 2004. Both of his parents worked as teachers. His mother is American and his father is Korean.

He performs alongside Joshua Hong in Seventeen.

Vernon (버논) is a Korean-American rapper and songwriter under Pledis Entertainment.

He is a member of the boy group SEVENTEEN under ‘Hip-Hop Team’.