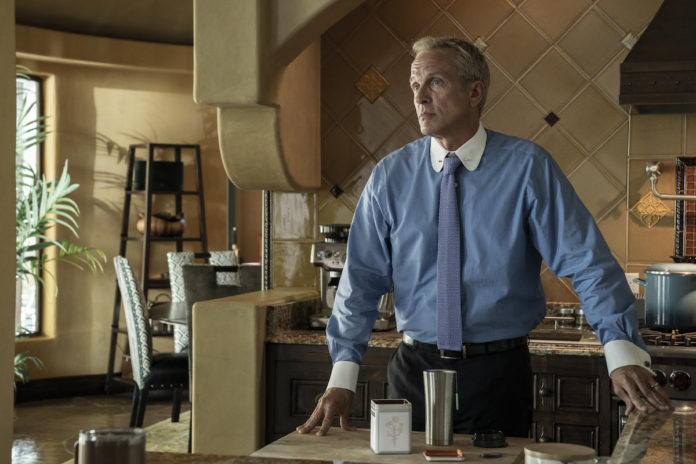 “Better Call Saul” fans are ecstatic because Howard Hamlin’s wife might appear in a future episode. This is where we’ll provide you with plenty of information about Howard’s spouse, as well as the rest of his family. Howard Hamlin is a made-up figure who appears in Better Call Saul, a spin-we off prequel to Breaking Bad.

“Better Call Saul” is a Breaking Bad prequel that follows the exploits and challenges of Jimmy McGill, an Albuquerque criminal lawyer, before he opens his Saul Goodman legal firm in a strip mall in New Mexico. The program has received 56 percent approval ratings. The Top-rated TV Series features “Better Call Saul.” It’s won 36 awards and amassed over 200 nominations. Who Is Cheryl Hamlin: Portraying Howard Hamlin Wife.

According to a Reddit image, Cheryl Hamlin may be the next star to break through. Despite the fact that she has yet to make an appearance, Patrick Fabian (Howard Hamlin) confirmed TVGuide that she is his wife. It’s unclear how long they’ve been together, but Howard revealed in the third episode of the season that their marriage is experiencing difficulties.

He informed his therapist in episode three, “At home, things are more or less identical.” It’s not as though it’s terrible. “I suppose I should be thankful for it,” he says. “It’s as though we’re stuck. Cheryl still won’t talk about anything serious,” he added, adding that he had done everything he could think of, including advice from his therapist. Many individuals have inquired about Cheryl because of Howard’s frequent mentions.

Who Is the Actress Playing Cheryl Hamlin?

Sandrine Holt will play the part of Cheryl Hamlin, according to a Twitter user. Holt, on the other hand, is missing from the cast of the series on IMDb. Viewers are looking forward to seeing Cheryl again in future episodes and are curious as to what new developments there may be.

Fans are forming theories on Reddit about Cheryl Hamlin, the mother of Zachary Ward. One viewer stated that Cliff might urge Cheryl to calm Howard down if he has concerns about Howard. Another fan claimed that Cheryl is coming to the show in order to divorce and acquire all of Howard’s money. The actual story of the program, on the other hand, is unclear, and fans are counting down the days until May 23, 2022 when the next episode will be shown.

-Who is Cheryl Hamlin? Cheryl Hamlin is the wife of Howard Hamlin, a made-up character who appears in “Better Call Saul,” a spin-off prequel to “Breaking Bad.”

-What is her relationship with Howard like? According to Howard, their marriage is going through some difficulties. In an episode, he tells his therapist that things at home are “more or less identical” and that they are “stuck.” Cheryl has yet to make an appearance on the show, so it is unclear what their relationship is like beyond what Howard has said.

-What is her profession? There is no information about Cheryl’s profession.

-Do she and Howard have any children? Yes, they have a son together named Zachary Ward.