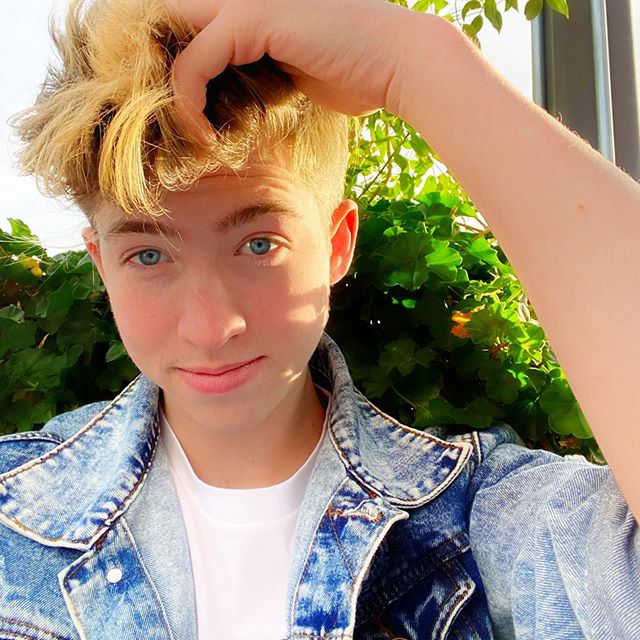 Cash Baker is an American singer who has released music alongside his brother Maverick Baker under the name Cash and Maverick. They released the song “The Way You Move” in 2018. He is also a TikTok creator known for posting fandubs and lip sync videos for his million of fans on the platform. Apart from this, he has an immense fan following under his Instagram account as well.

His age is currently 17 years old. He’s lived in Tulsa, Oklahoma. His sister Lani Lynn has been a model and has been based out of Chicago and Miami.

He is currently single and is not in a relationship. He often features his siblings in his videos, many of which take place outdoors in locations like train yards or beaches. He’s also a motocross athlete and often rides in his videos. He has million of followers on Instagram.

Cash Baker was born on March 5, 2003 in Tulsa, Oklahoma, to Tara and Rick Baker. He is American citizen. He has two siblings named, Maverick and Lani Baker. His brother, Maverick, is a social media celebrity as well singer while his sister is a famous model in Chicago and Miami. He love to spend his spare time with his siblings and often shares photographs of them on his Instagram feed. As of education, he is well educated.

Talking about his career, Cash Baker started his career via TikTok. His collaboration with his siblings helped in increasing his fan base as well. His sister, Lani Baker, who is a popular model often appears in Cash Baker’s videos. His brother, Maverick, is a long-time collaborator and the duo decided to embark on a musical journey together after witnessing their popularity on TikTok.

Moreover, he is also active on other social media channels such as YouTube, Instagram, and Snapchat. In 2016, he created his YouTube channel and currently, his channel surpassed over million of views.

Cash Baker and his brother Maverick Baker decided to form a band of their own and start working on their music, in 2018. Today, they are known as ‘Cash and Maverick’, and they have a YouTube channel of the same name. They released their first single ‘The Way You Move’ in the end of 2018.

Later in February 2019, they released the official audio of their new single ‘Young and Broken’. Other than this, they also runs her own merchandise line through various websites.

The duo also released their fourth single titled ‘Queen’ in mid-2019. In the upcoming time, Cash Baker hopes to establish himself as a professional musician alongside his brother. He currently lives in Los Angeles along with his siblings.

How much is Cash Baker Worth? Cash Baker is a well known American internet personality and musician who has a net worth of $2 million.