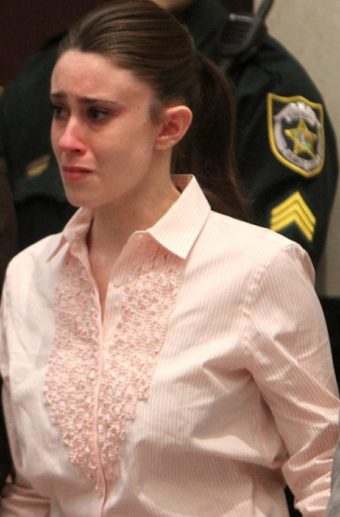 Casey Anthony was the mother of Caylee Anthony, a young Florida girl who was found dead in 2008. On TikTok, everyone is talking about Casey Anthony. Videos about her 2008 murder trial have suddenly gone viral on the app over a decade later, but why?

After Casey was acquitted of her daughter’s death in 2011, 10 years ago today, there has been interest as to what the 35-year-old is now doing with her life. Who is she? And what happened? Here’s everything you need to know.

Who is Casey Anthony?

In 2008, a mother from Orange County, Florida, named Casey Anthony was accused of murdering her 2-year-old daughter Caylee Anthony. It was a highly publicised criminal case, and the trial took place three years later in 2011.

She was cleared of first-degree murder, aggravated child abuse, and aggravated manslaughter of a kid on July 5th 2011.

However, she was sentenced to four years in prison after being found guilty of four misdemeanor charges of providing false information to authorities.

She served 12 days in jail, after she appealed the convictions, and now lives a typical life in Florida.

On a 911 call from her grandmother Cindy on July 15th, 2008, Caylee Anthony, a toddler who was living with her mother and grandparents in Orlando, vanished. She claimed that she had not seen Caylee for 31 days and that Casey’s car smelled like a dead body had been inside it, which cadaver dogs confirmed.

In October 2008, she was charged with one count of first-degree murder after claiming that Caylee had been taken by a nanny. On December 11th, three months after Caylee’s death, her remains were discovered in a laundry bag in a wooded area near the family home. Her death was classified as “death by undetermined means.”

The jury deliberated for 10 hours and 40 minutes before deciding Casey was not guilty.

The case has gone viral on TikTok

It’s been 12 years since Caylee vanished, and 10 years since Casey was convicted, and the case is suddenly blowing up on TikTok. True crime stories are popular among TikTok users, but why is this one so unique?

According to TikTok users, Casey apparently created her own account and began uploading films as early as this year. Because of her presence on TikTok, the old case was brought to everyone’s attention once more. Many individuals still believe she murdered her daughter despite being exonerated, and conspiracy videos are frequently uploaded on TikTok.

Many people are comparing her situation to that of TikTok user Digital Princxss, who was arrested and charged with child neglect in August 2021. What is Casey up to these days? Apart from filming TikTok videos, she has also been on the Today Show and other television programs.

Casey has been seen out in bars around the state of Florida, according to reports. According to one source, she was “writing a comprehensive and definitive tell-all of her life and the tragedy of losing Caylee and everything that followed.”

She also started her own private investigation service to assist other people who are being charged with serious criminal allegations for activities they did not commit.

Ten years after her not guilty verdict in South Florida, according to reports, Casey is attempting to lead a normal existence. She returned to the limelight in May 2021, however, after she was caught up in a huge fight once more.

According to reports, some cocktails were launched at O’Shea’s Irish Pub in West Palm Beach, Florida, last weekend after Casey had a quarrel with a lady she was said to have shared an ex with. According to a police document obtained by TMZ, Casey claimed that Thelma Moya spilled a drink on her leg and things got out of control.

The fight was triggered by the fact that they both dated the same guy at the same time and there was a long-standing rivalry between them, according to the affidavit. According to People, the cops informed Casey how to submit a restraining order but she refused and only wanted the altercation recorded.

Moya was not arrested or even at the scene when cops arrived.

TMZ notes Casey was spotted in the same bar two years ago.

A source told In Touch Weekly in March 2020 that “Casey is writing a detailed and complete account of her life and the tragedy of losing Caylee and everything that followed.”