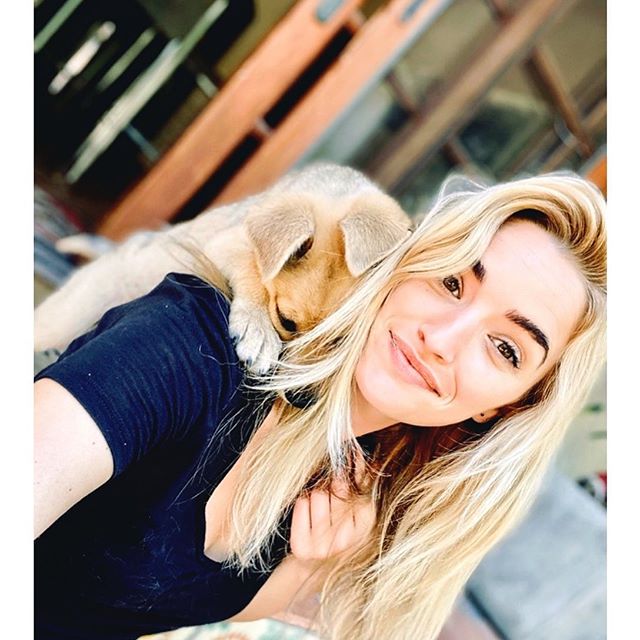 Brianne Howey is an American Actress, Model and Social Media Personality who rose to prominence for her fame for series, “The Beverly Hills 90210”, “Revenge”, “The Middle” and “Criminal Minds”. She is also known for the role in “Horrible Bosses”. She also worked with superstars of that time, like Jason Bateman and Jennifer Aniston. She has featured in “I Live with Models” UK TV program and also regularly appears in the Fox TV series such as “Scream Queens” and “The Exorcist”. She is keeping up her fans expectations with “Viral” Fox series as well.

While growing up, she always aspired to become a actress and celebrity. She had supportive parents who encouraged her to pursue her dreams. She joined the entertainment industry as a model and soon after started appearing on TV adverts and commercials. With her gorgeous looks, hard work and commitment to making her dreams come to pass, her career started skyrocketing. She started getting roles in movies and TV shows. This marked the beginning of her career as an actress, where she aced all the roles assigned to her. Tune in biography.

How old is Brianne Howey? She is a talented actress and model who was born on May 24, 1989, in La Canada Flintridge, California, and United States of America and her real name is Brianne Nicole Howey. She is 30-yrs old. She has completed her High School from Flintridge Sacred Heart Academy, the girl’s school. Later she enrolled in the Tisch School of Arts, New York University and has completed her graduation in BFA Theater. She has a sister named Calian Howey, however, there is no information available about her parents and we will try to update it very soon.

Who is the boyfriend of Brianne Howey? She is dating Matt Ziering. She regularly uploads her photos and videos with her boyfriend under her instagram account. Her previous dating history is not known in public domain.

Brianne launched her acting in guest shows until she got a big role in the Television shows. Some of her TV series like, ‘90210’, ‘NCIS (2011)’, ‘The Middle (2011-12)’, ‘Revenge’, ‘Twisted Tales (2013)’, ‘Baby Daddy (2013)’, ‘Backseat Driver (2013)’, ‘The Odd Couple’, ‘Criminal Minds’ and ‘Red Scare’. She also acted in the role of Candy in the film ‘Horrible Bosses 2’, in 2014. Further, in 2015, Brianne moved to London to film her first regular starring role which was in the British television series I Live with Models.In 2016, Howey landed the role of Kat Rance in the television series The Exorcist, sister of the possessed girl played by Hannah Kasulka. Then, in 2019, Howey starred as Shauna Babcock, a “Viral”, in Justin Cronin’s The Passage. The same year Howey starred in the romantic comedy ‘Plus One’.

How much is the net worth of Brianne Howey? Her net worth is eatimated around U.S $76,000 – 80,000K. Her primary source of income is her acting career. Currently, she is also earning a good amount of money and resides in Los Angeles with her family.