Biniyam and Ariela: ‘90 Day Fiancé’ Back for Season 9 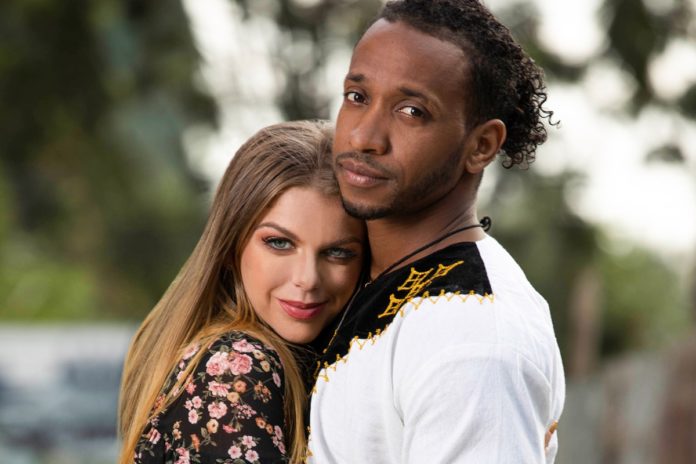 90 Day Fiancé: The Other Way Seasons 2 and 3 featured 31-year-old Biniyam Shibre and 30-year-old Ariela Weinberg’s journey. Now that Ariela, Biniyam, and their son, Avi, are finally ready to move out of Ethiopia and to the United States so they can be a family.

In the first season of 90 Day Fiancé: The Other Way, fans watched as Biniyam Shibre and Ariela Weinberg fell in love and started a family together. Even though they had to overcome some cultural differences, they ultimately decided to move to the United States so they could be together as a family. Biniyam and Ariela: ‘90 Day Fiancé’ Back for Season 9.

Biniyam And Ariela In 90 Day Fiancé’

Now, in season 2, fans will get to see the next chapter in their story. Ariela, Biniyam, and their son Avi are finally making the move to the United States.

But it won’t be easy – they’ll have to navigate a new culture, a new language, and all the challenges that come with starting a new life in a new country. But no matter what, they’ll be facing it all together – as a family.

As fans recall, the last time we saw Biniyam and Ariela, they nearly broke up because of misunderstandings while they were separated due to Avi requiring emergency surgery. Some of those issues came from Biniyam’s sister, Wish, who seemed only to stir drama in the relationship.

Now that they’re finally moving to the United States, it seems like those problems are behind them.

But there’s no telling what new challenges they’ll face in their new home. Either way, fans will be rooting for them every step of the way.

Now that the Shibres have reunited in the U.S., they will have to face some of those challenges head on. With Wish still in the picture, things are going to be more complicated than ever before.

But even with the drama, Biniyam and Ariela continue to stand strong together. And they’re ready to show everyone that their love is unbreakable – no matter what comes their way.

Will Biniyam be able to adjust to life in Princeton, New Jersey, away from his family and friends in Ethiopia? Fans will have to tune in to see if he and Ariela can make it work.

Season 3 of 90 Day Fiancé: The Other Way is sure to be just as exciting and dramatic as the first two seasons. Make sure to tune in to TLC on July 22nd at 9/8c to see all the new drama unfold.