Big Time Rush Forever Tour 2022: How can I buy tickets? 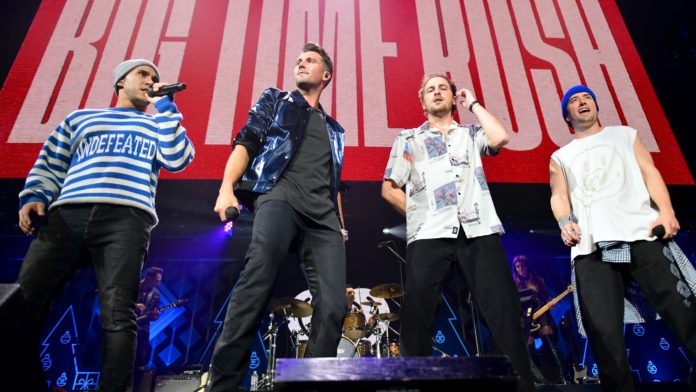 BIG TIME RUSH is a boy band that formed in 2009 and was the subject of a Nickelodeon program called BIG Time Rush, which aired from 2009 to 2013. After an 11-year absence, the group has reunited and will travel across the United States this Summer. Big Time Rush Forever Tour 2022: How can I buy tickets?

How can I buy tickets for the 2022 Big Time Rush Forever Tour?

Big Time Rush’s tour tickets will go on sale on February 25, 2022, and can be bought through the band’s website. An exact price for tickets has yet to be determined, but the group will also provide VIP packages that start at $249 and go up to $799 with additional costs.

Fans must purchase a ticket to the show separately in order to participate in the VIP packages. The almost $800 package includes access to a pre-show huddle with the members of the band, as well as a specific area for viewing, photo opportunities, and more. TikTok star Dixie D’Amelio will join BTR on stage.

Where is Big Time Rush playing?

BTR will perform around 40 concerts between June 2022 and August 2022. Their tour stops include:

June 25 at the Bank of New Hampshire Pavilion (Gilford, NH)

June 28 at the TD Pavilion at the Mann (Philadelphia, PA)

July 15 at the Red Had Amphiheater (Raleigh, NC)

July 26 at the TCU Amphitheater at White River State Park (Indianapolis, IN)

July 28 at The Armory (Minneapolis, MN)

August 3 at The Pavilion at Toyota Music Factory (Dallas, TX)

Who are the members of Big Time Rush?

Kendall Schmidt, James Maslow, Logan Henderson, and Carlos PenaVega form the band Big Time Rush. They were all originally signed to Nick Records in 2009 before moving to Columbia Records.

Following the conclusion of BTR, the boys went on an extended break to focus on their solo careers, but they remained close. Logan, Carlos, and James released solo albums while Kendall rejoined Heffron Drive with Dustin Belt, whom he had formed in 2008.