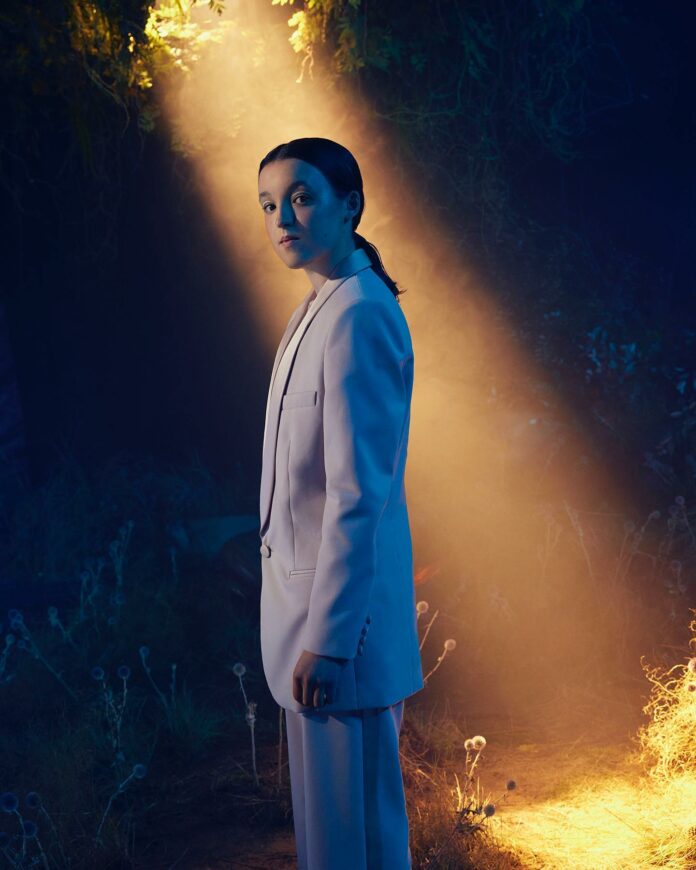 Bella Ramsey is an English actor who rose to prominence for starring in the 2022 historical comedy film Catherine Called Birdy and as Ellie in the 2023 HBO drama series The Last of Us, an American post-apocalyptic drama television series created by Craig Mazin and Neil Druckmann for HBO.

In the series, ‘The Last of Us’, Bella Ramsey – as Ellie, a 14-year-old girl who displays much defiance and anger but has a private need for kinship and belonging. She is immune to the Cordyceps infection and may be the key to creating a vaccine. In keeping with the games, she is a lesbian. According to the producers, 105 actors had been considered for the role of Ellie; they were looking for a performer who could portray a resourceful, quirky, and potentially violent character.

Bella Ramsey portrayed Lyanna Mormont in the HBO fantasy drama television series Game of Thrones, from 2016 to 2019. She has voiced the title character in the 2018 Netflix original series Hilda. In 2021, she reprised the role of Hilda in the 80-minute movie special, Hilda and the Mountain King.

Some of her most famous movies in which Bella Ramsey’s appears are, Elefthería, Two for Joy, Holmes & Watson, Princess Emmy, Judy, Resistance, Hilda and the Mountain King, Catherine Called Birdy, Chicken Run: Dawn of the Nugget and a lot more.

Bella’s father name is, Alex, a businessman who also plays trumpet, and Bella’s sister was also involved in amateur bands before becoming a professional musician. Bella’s mother is a music teacher and her brother plays the piano. Therefore, it seems that there is a strong musical tradition in the family, which has likely been passed down from generation to generation.

In a 2016 interview with the BBC, Bella mentioned that she and her older sister used to be a part of a comedy theater group together that they had been in for quite some time before they entered the cast.

When it comes to Bella’s mother, there doesn’t appear to be much information about her on the web, even though Bella has referred to her before.

Bella is purposely keeping her mother out of the public eye, as she may not want her mother to be mentioned or associated with her public persona. It could also be that Bella’s mother is not active on social media, and that Bella is respecting her mother’s wishes by not mentioning her or including her in her social media posts.

Bella Ramsey age is 19 years old, as of 2023. She was born on September 2003 in Nottingham, England. Her birth name is, Isabella May Ramsey.

At the age of four, Bella Ramsay began acting as a hobby through the Loughborough branch of Stagecoach Theatre Arts, which she attended for seven years. She then went to the Television Workshop in order to begin auditioning for professional roles and has been doing so since then. She schooled online through InterHigh School.

Bella Ramsey Net Worth | How Much She Earn In A Year?

Bella Ramsey’s net worth is $4 M, as of 2023. The actress is non-binary and uses all pronouns; in an interview that was conducted ahead of the premiere of The Last of Us, she said that she does not particularly enjoy being gendered.

She appears in Tv series like, Game of Thrones as Lyanna Mormont, Future-Worm!, The Worst Witch as Mildred Hubble, Requiem as Young Matilda, Shepherd’s Delight as Girl in Park, His Dark Materials as Angelica, Summer Camp Island as Ramona (age 15) (voice), Becoming Elizabeth as Jane Grey, The Last of Us as Ellie.