Avril Lavigne Engaged With Her Boyfriend, Mod Sun: What We Know 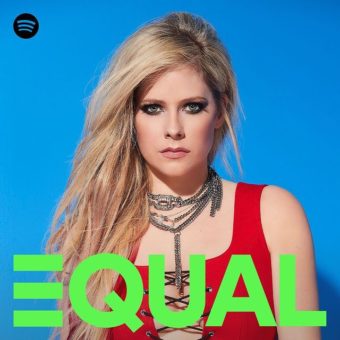 Avril Lavigne released her seventh studio album, Love Sux, on April 19th, 2022. The singer revealed that she worked with Mod Sun on some of the songs despite the breakup anthems theme of the record.

Who is Avril Lavigne’s partner? How did they meet? Continue reading for answers. Mod Sun, better known as Derek Smith, is a singer, songwriter, and rapper from Montana. He also worked on her new album as a co-writer and co-producer.

Lavigne revealed that their relationship is good in the new issue of People magazine, and that she’s enjoying being single—that is, until Mod comes along. “I was like, ‘I need a vacation from men,’” Lavigne recalled. “Then everything went out the window two days later!” Avril Lavigne Engaged With Her Boyfriend, Mod Sun: What We Know.

The pair met during a songwriting session, and they hit it off right away, according to Lavigne. Dating speculations began circulating shortly after they were seen together in public in February 2021.

“I was getting out of a big relationship, and for the first time in my life, I thought I should probably be single. I got together with [Mod Sun] to write a song. We just clicked,” she told People. “I was like, ‘Should you be doing this?’ It was fun and exciting.”

On Tuesday, the pair held a Paris-themed engagement party, alluding to Mod Sun’s proposal of marriage to Lavigne at the Hotel George V in Paris last month. The “Flames” between Avril Lavigne and Mod Sun continue to burn bright as they prepare for their wedding.

The wedding was attended by both musicians’ best friend and collaborator Machine Gun Kelly, who also performed. The soon-to-be bride and groom wore bright pink clothing and berets, while Mod Sun was dressed in a suit, with Lavigne in a tiny dress. In an Instagram Stories post, the 31-year-old wrote “Congrats f—ers.”

Read Also: Whistlindiesel Wife: What We Know So Far

The gathering, which was held in a Parisian apartment, included customized lattes printed with one of Lavigne and Mod Sun’s engagement pictures backdropped by the Eiffel Tower. The party’s long dining table was adorned with tiny versions of the famous Paris structure, as well as skulls and various pink blooms.

After eight years as a couple, Avril Lavigne and Mod Sun announced their engagement late last month. Singer stated, “It was late last month that we got engaged.” She also talked about the start of their relationship, which began while she was working on her most recent album, Love Sux.

“I knew we had a very strong unstoppable connection from the first week of writing and working together in the studio. Immediately,” said Lavigne. “He made every day better. It was like I had known him forever. As time went on, things kept getting better, and it felt incredibly natural.”