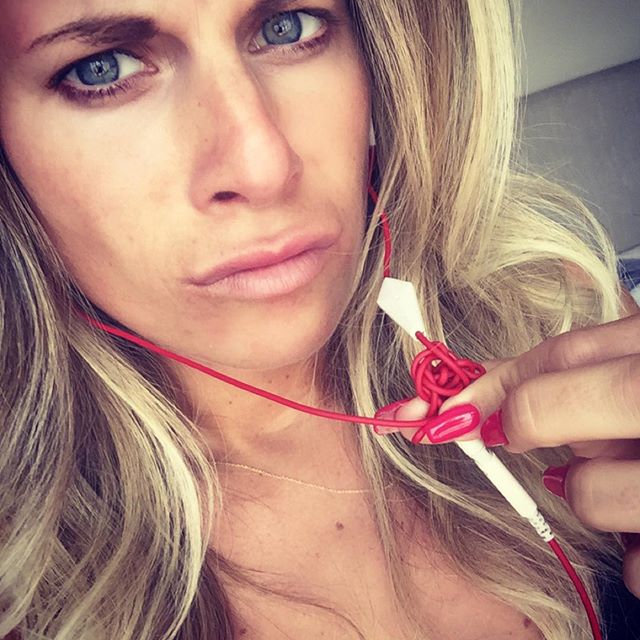 Ashton Wilson is an American Event Planner and rose to fame as the ex-wife of the Seattle Seahawks quarterback Russell Wilson. She went viral and became internet sensation because of her relationship with the Super Bowl champion, Russell who is the leader of the Seattle Seahawks, and the highest-paid player in the NFL. In high school, Ashton Wilson began dating Russell and later got married when Russell Wilson made it pro. Moreover, Wilson graduated from NC State with a bachelor’s degree in broadcast/communications in 2010 after three years of study.

Ashton Wilson was born in September 6, 1987 in Richmond, Virginia, United States of America. She holds American nationality and belongs to white Caucasian ethnicity. Her mother named, Molly and father named, Lang Meem and was raised in Richmond. As of education, she was attended St. Catherine High School in 2006 when she first met Wilson who went to Collegiate School just a few miles away.

After finishing up her graduating from high school, Ashton attended the ‘University of Georgia.’ After studying there for three years, she got herself enrolled at the ‘North Carolina State University’ in Raleigh, North Carolina, from where she graduated in the year 2010. After graduating with a Bachelor of Arts degree in Communications, Ashton took up an internship in media marketing.

Moreover, then she worked as a consultant before landing a permanent job in an insurance company called ‘American Family Insurance.’ Currently, she works for the company as an Advertising Operations Assistant and is focused on improving her life through her career.

Other than her media career, Ashton was an event planner, a task she enjoyed to the point of considering opening her own boutique wedding planning company. She organized their wedding with spectacular detail by ensuring that every aspect was within her tastes and preferences.

Ashton Wilson and Russell Wilson first met while in high school and fell in love at their first meeting. After high school, both of them enrolled at different universities but fortunately maintained a long-distance relationship. Later, Ashton joined Russell at North Carolina State University. In Aug 2010, the couple got engaged in after Ashton’s graduation. Then, in April 2014, Wilson announced that he and Meem were ending their marriage.

“I have made the difficult decision to file for divorce,” the NFL star said in a statement via The Seattle Times. “Clearly, decisions like these don’t come easy. Ashton and I respectfully ask for prayers, understanding, and privacy during this difficult time. Moving forward, I will have no further comment on this personal matter.”

Soon after the announcement rumors began to circulate that Meem cheated on Wilson with his then-teammate Golden Tate. Both Meem and Tate denied the affair rumors with the wide receiver taking to The Cauldron to shut down the reports.

“I did not have an affair with Russell Wilson’s wife, nor did I have anything to do with his divorce,” Tate wrote. “That is laughable for anyone who knows us…Russell and I were good friends when I was in Seattle, on and off the field –he knows the rumors about me were unfounded, damaging to my reputation, and an attack on my character. Anyone who circulated that rumor was just plain irresponsible.”

On her wedding day, Ashton Meem Wilson walked down the aisle in a glamorous dress which suited her a lot. Russell Wilson Ex- wife Ashton exhibited an elegant J. Crew Bridal gown in NYC while Russel was dressed in an expensive designer suit. Their wedding was happened in the presence of nine groomsmen and bridesmaids, with approximately 300 guests.

After two years of their wedding, Ashton and Russell divorced and also was allegedly having an affair with Russell Wilson’s teammate and friend Golden Tate.

Russell filed for divorce despite Ashton and Tate denying the allegations. However, the alleged affair remains unconfirmed to date, but fans believe that it is the major reason for their divorce. After Tate exited Seattle Seahawks, he tried to clarify that he had not been involved with his friend’s wife, in 2014.

Their divorce finally got finalized, and the amount of money settled for divorce remained undisclosed. Russell Wilson ex wife Ashton and her ex remained silent about the reasons behind their divorce.

These days, Seattle Seahawks quarterback Russell Wilson is married to singing sensation Ciara. The pair made their debut as a couple at the 2015 White House State Dinner for Japan. Then, in 2016, they announced that they got engaged while vacationing in the Seychelles and a few months later, tied the knot at Peckforton Castle in Cheshire, England.

After their divorce, Russel Wilson first wife Ashton led a private, quiet and relaxed life, keeping everything away from Hollywood and social media.

Russel Wilson ex wife Ashton Meem seems to be spending a single life. After the separation, there has been no information about Ashton dating.

On the other hand, a year after their divorce, Russel started dating Ciara. Ciara Princess Wilson is an American singer, songwriter, dancer, and model who was born in Austin, Texas, she traveled around the world during her childhood, eventually moving to Atlanta, Georgia where she joined the girl group Hearsay.

Russell Wilson and Ciara was spotted together at the White House during the Barack Obama meeting in 2015. After four months of their engagement, in July 2016, they got married and had their first child, a daughter named, Sienna Princess Wilson in April 2017.

Russel Wilson first wife, Ashton got some unpleasant attention in 2016 after her ex-husband got engaged to Ciara. Russel Wilson’s Ex-wife shares a picture of her old engagement ring and updated it as her Twitter profile picture.

Ashton Meem net worth is estimated around $4 million. Currently, her source of income is her own handle business and the money she received from her Ex-husband during their settlement.

On the other hand, Ashton Meem’s husband, Wilson became the highest-paid player in the NFL with a four-year, $140 million extension that included a record $65 million signing bonus and $107 million in guaranteed money overall. He celebrated the moment by posting a video while in bed with her current wife Ciara.