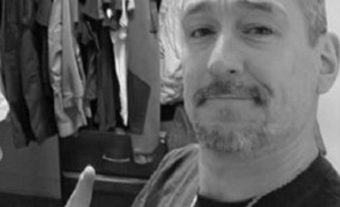 Who Is Arian Taherzadeh From DC?

Arian Taherzadeh, a resident of Washington, DC, pretended to be a member of an invented Department of Homeland Security task force investigating violence linked to the US Capitol’s January 6, 2021 event. In this approach, he partnered with Haider Ali. The alleged plan was to give Secret Service personnel free rent-free luxury apartments as well as high-end electronics and police equipment.

According to the New York Post, one of the deceptive agents was paid $2,000 in cash by an accused straw buyer. Furthermore, suspects are also being investigated for allegedly offering a high-end apartment with a value greater than $40,000 per year to a security agent.

When postal inspectors were examining an assault on a mail delivery employee at the suspects’ apartment complex last month, they discovered their fraud. As a consequence of this, the cops learned that the two men claimed to be DHS special agents from the homeowners.

As a result, the phony law enforcement agents installed monitoring devices in the complex and informed other renters that they could snoop through their computers and personal information.

Arian Taherzadeh, a secret service agent, and his accomplice were caught. They were arrested by more than a dozen FBI officials who raided the posh building in Southeast DC on Wednesday night as a result of their arrest.

When the DHS discovered that two of their men claimed to be undercover agents, they were arrested. The BBC notes that the FBI was contacted by the DHS, who carried out a search of their home.

On Thursday, the two of them will appear in court. For the previous two years, they had pretended to be secret service agents. More information will become available as soon as possible.

At the moment, he is incarcerated, and additional information may not be released for some time.