Who Is The Husband Of April Moss, Nate Maus? 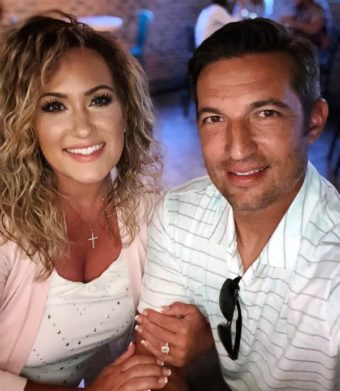 April Moss is a meteorologist and local television reporter for WWJ CBS Detroit. During an on-air weather forecast, she stated that she would provide allegations of “discrimination” to Project Veritas. The reporter did not elaborate during the program broadcast on Sunday, June 20, 2021. Moss has not yet released her interview with Project Veritas.

However, in an internet fundraising campaign, Moss stated that she “felt compelled to protest ViacomCBS’s medical prejudice against its workers.” She incorrectly claimed that the requirement that every employee be tested for COVID19 for employment or participation in a university or other institution is unlawful.

Moss also said: “My hope is that other people facing similar situations in their workplace can find the strength and courage to stand up for their God-given rights. Thank you very much for contributing to me and my family. God bless you!”

ViacomCBS operates CBS Detroit as part of the CBS Television Stations Group. Neither Viacom nor its parent company have addressed Moss’s departure. According to the US Equal Employment Opportunity Commission, it is not against federal law for employers to request COVID-19 testing.

GiveSendGo, a fundraising campaign led by Moss, links to websites of conspiracy theorists like America’s Frontline Doctors and the anti-vaccine group Children’s Health Defense. According to NPR, that anti-vax organization was founded by Robert F. Kennedy Jr. and has spread misinformation about COVID-19.

Moss’ remark follows that of former Fox 26 Houston reporter Ivory Hecker, who made the exact joke on air a week earlier and was promptly dismissed from her Texas TV station after providing covert recordings to a controversial right-wing activist group led by James O’Keefe.

When she tried to cover Bitcoin and hydroxychloroquine during the COVID-19 epidemic, Hecker claimed that she had been silenced by O’Keefe’s organization. Although Hecker lost her job, she has collected more than $ 170,000 through a “GiveSendGo” campaign launched by her mother on the Christian fundraising platform GiveForward. Moss is also being praised on right-wing social media as a “whistleblower” by the mainstream media, much like Hecker. Who Is The Husband Of April Moss, Nate Maus?

Moss is married and has four children, according to her social media accounts. Moss’ spouse, Nate Maus, is a former high school principal and teacher who now works as a contractor and runs his own firm, according to his LinkedIn profile.

“Outside of CBS, Moss’s hobbies include skiing, kayaking, and just about every outdoor activity with her husband and children.”

According to her bio on CBS Detroit. “When she isn’t working, she spends most of her free time with family and volunteering at her church,” according to Moss’s bio on the CW Detroit website. “Her hobbies include traveling, writing, blogging, decorating, cooking, and organizing parties for family and friends.”