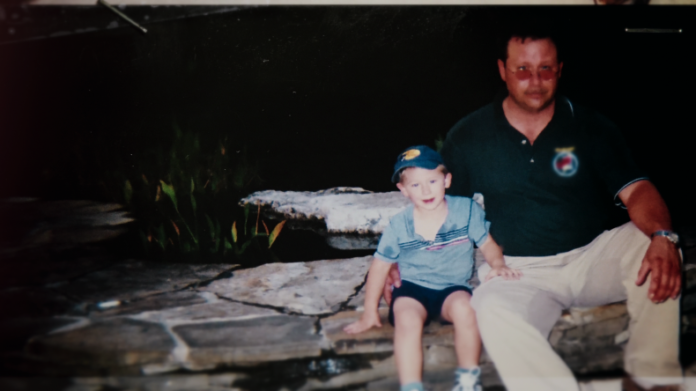 Anthony Templet making headlines on the Internet after releasing of, “I Just Killed My Dad”. It is Netflix’s new true-crime docuseries. The story revolves around, in 2019, local news reports in Baton Rouge, Louisiana, broke the story that 17-year-old Anthony Templet had shot and killed his father, Burt, at their home. It was a devastating occurrence that, as news unfolded in the weeks that followed, would grow darker and more perplexing. I Just Killed My Dad—Netflix’s latest documentary about this difficult case—explores this tragic event and reveals the intricate and extremely dark chain of events that led up to it. Why Anthony Templet Killed His Dad, Burt Templet?

On 3 June, Anthony Templet was arrested and charged with the murder of his dad. Templet called the police on himself and confessed to the killing straight away. He said that after an early morning altercation with his father, Burt had been drunk and aggressive, and Anthony had shot him to defend himself.

When the news broke, someone contacted Anthony’s long-lost half-sister, Natasha, who revealed that he had been kidnapped by Burt 11 years ago and was a missing person for more than a decade.

In 2008, when Anthony was only five years old, Burt kidnapped him from his family’s home in Texas, Natasha said.: “After 11 years of waiting to hear if my brother was still alive, he is found. He has been secluded and abused all these years by his own father. My brave brother had to defend himself for the last time against that evil man.”

Is Anthony Templet In Prison?

In August, Anthony pleaded not guilty to second-degree murder. In January 2021, Jarrett Ambeau and Dana Cummings reached a bargain with East Baton Rouge District Attorney Hillar Moore and Assistant DA Dana Cummings that resulted in no jail time for Anthony.

Read Also: When Will Austin Gossett Come Out Of Lock Up From Kansas Prison?

Who Is Anthony Templet?

Anthony spent most of his childhood living with his father. When Anthony was 5 years old, his mother took him away and he lived with his father. His father did not send him to school and did not educate him at home. Anthony’s mother says that when she moved in, Anthony was only 7 years old and could not write the alphabet.

“It’s easier to control a dumb person than a smart person, right?” Anthony says. Burt allegedly installed home security cameras and an app on his phone to surveil Anthony. Anthony was reportedly not permitted to have friends, and he was not taken for regular doctor or dental check-ups. According to Anthony and his stepbrother, Susan’s son, Peyton Mannino, Burt subjected them to both physical and emotional abuse. “I’ve been punched and thrown and kicked, and it wouldn’t stop for hours,” Anthony says.