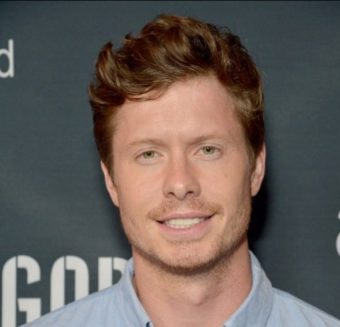 Anders Holm is an American actor, comedian, writer, and producer. He has appeared on the Comedy Central comedy series Workaholics as well as in the short-lived NBC program Champions. He was a member of the sketch group Mail Order Comedy, which included Blake Anderson, Adam Devine, and Kyle Newacheck. He was born on May 29, 1981 in Evanston, Illinois, United States. He is 40 years old as of 2022.

In 2003, he received a bachelor’s degree in history from the University of Wisconsin-Madison. He was a member of the university’s swimming team. Holm studied at Second City Los Angeles’ Conservatory. Anders Holm Wiki, Bio, Age, Wife, Career, Net Worth Explored.

Anders Holm was born on May 29, 1981, in Evanston, Illinois, the youngest of three children. His brothers are Olen (born 1975) and Erik (born 1976). He attended Evanston Township High School and graduated.

In the fourth season of Modern Family, he had a guest appearance in the episode “Flip Flop.”

On the first episode of the fourth season of Arrested Development, Holm made a brief appearance with fellow Workaholics actors Anderson, DeVine, and Erik Griffin.

Before working on Workaholics, he worked as a production and head writer’s assistant on Real Time with Bill Maher.In 2014, Holm appeared in the Chris Rock-directed comedy film Top Five.

In 2016, he starred in the romantic comedy How to Be Single. In June 2016, Netflix announced that Mail Order Comedy would create and star in the film Game Over, Man! With Seth Rogen as a producer.

On March 23, 2018, Game Over Man! was released on Netflix. Holm also co-produced The Package, a Netflix original film comedy that debuted August 10th of that year.