What Happened To Alicia Witt’s Parents ‘Froze To Death’? 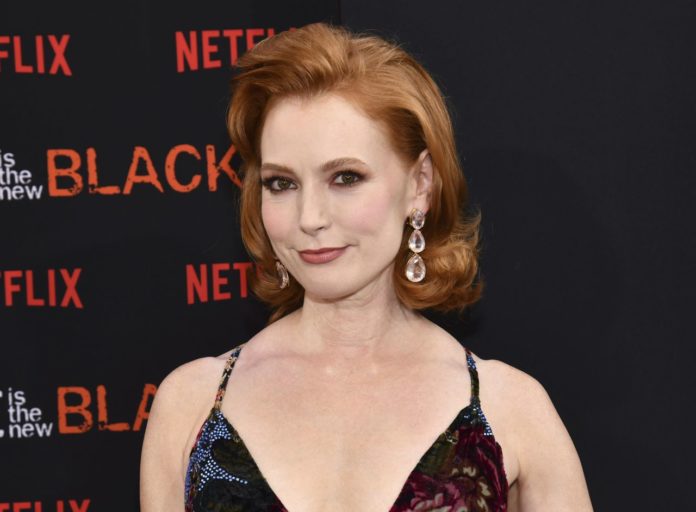 The parents of Walking Dead actress Alicia Witt froze to death in their home, according to newly released death certificates. The cause of death for Robert H. Witt and Diane Witt has been officially listed as ‘probable cardiac dysrhythmia’ due to exposure to the cold. Robert and Diane were found dead inside their run-down home in Massachusetts in December 2021.

Witt broke her silence last month following the shocking death of her parents, revealing that they refused her help and hadn’t let her inside for ‘over a decade’
‘It still doesn’t feel real,’ the redheaded actress, 46, began her Facebook post

The parents of Walking Dead actress Alicia Witt froze to death in their home, according to the state medical examiner. What Happened To Alicia Witt’s Parents ‘Froze To Death’?

The cause of death for Robert H. Witt and Diane Witt has been officially listed as ‘probable cardiac dysrhythmia’ due to exposure to the cold.

The Telegram and Gazette published the news after obtaining death certificates for Robert, 87, and Diane, 75, which revealed their causes of death two months after their bodies were discovered in their run-down home in Massachusetts.

Who are Patrick Mahomes’ parents? Meet his mother and father

She also wrote on her Instagram, which reads as, it still doesn’t feel real… it’s been a month since i got scared, not having heard back from them, and called to have them checked on. waiting, phone in hand, praying fervently that the next call would be from them, angry i’d gotten someone else involved.

knowing as soon as i heard the detective’s voice on the other line that they were gone. knowing i would never hear their voices again. beginning the rest of my life of finding them on the breeze, in a song, in a dream.

i am deeply grateful for the gift of having been able to quietly travel to Worcester earlier this month for a beautiful service and burial, to mourn and to celebrate them in total privacy. i will forever be indebted to Mercadante Funeral Home for going to great lengths to make this possible.

thank you, also, to all those who have reached out with your memories about my parents. they were brilliant educators, deeply kind, curious, intuitive, wise, young at heart, funny – there will never be enough adjectives to describe them.

the circumstances around my parents’ sudden passings have become fodder for press, and there are some misconceptions rolling around – understandably so. this is very delicate for me to write because i’m wanting to honor their privacy, which they held so tightly. there’s an awful irony in the fact that, because of the very lengths they went to in order to protect their privacy in life – that privacy has been stripped away in death. i never imagined i would have to talk about this publicly – much less, amidst overwhelming floods of grief…’

Robert also had a certificate from his doctor that stated, ‘He has history of coronary artery disease, hypertension, and multiple myeloma.’

On December 20, 2021, the day their bodies were discovered in their house, Tod and Lorraine Warren had died. Neighbors said that for a few months, their home did not have an operational heating system.

The cause of death for Robert Witt, 87, and Diane Witt, 75, was “probable cardiac dysrhythmia” due to the cold, according to death certificates issued on Wednesday and obtained by The Telegram & Gazette.

The news comes two months after Alicia, 46, announced her parents died in December. She hadn’t heard from her parents in some time and requested a family member check on their Massachusetts home. Robert and Diane were found dead, according to their daughter.

“After not hearing back from my parents for several days, I reached out to a cousin who lives close to my parents to check on them,” the actress said. “Sadly, the outcome was unimaginable. I ask for some privacy at this time to grieve and to wrap my head around this turn of events, and this surreal loss.”