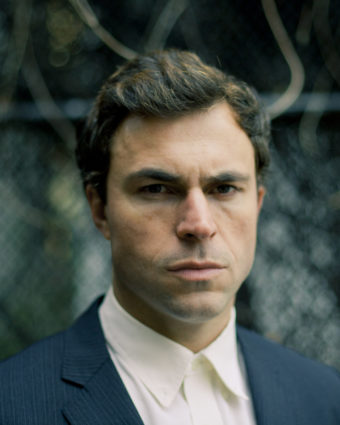 Airon Armstrong is an American actor. He is well known for portraying Dwayne Blaskowski in the Jessica Jones episode AKA Customer Service is Standing By.

He was also a stunt performer in the Daredevil episodes Cut Man and Penny and Dime and the Loki episodes Glorious Purpose, The Variant, Lamentis, Journey Into Mystery and For All Time.

He was also a stunt double for Vincent D’Onofrio in the Daredevil episodes Condemned and Speak of the Devil, Wil Traval in the Jessica Jones episodes AKA It’s Called Whiskey, AKA The Sandwich Saved Me, AKA WWJD?, AKA Top Shelf Perverts, AKA Sin Bin, AKA 1,000 Cuts and AKA I’ve Got the Blues and Neil Ellice in the Loki episode The Nexus Event.

How tall is Airon Armstrong? He stands tall with a height of 5 feet 11 inches and weighs about 64 kilos. He is a fitness freak as well. He has blonde hair and has light brown eyes.

Airon Armstrong previously dated Jaimie Alexander. Moreover, he is single right now and not dating anyone as of 2021.

Airon Armstrong was a stunt performer and a stunt double for Brett Cullen in the DC Entertainment production Joker.

Airon Armstrong was a stunt performer in the DC Entertainment production The Dark Knight Rises and Batman: Arkham Knight.

Airon Armstrong was a stunt performer, a fight choreographer and a stunt double for Todd Stashwick in the DC Entertainment production Gotham.